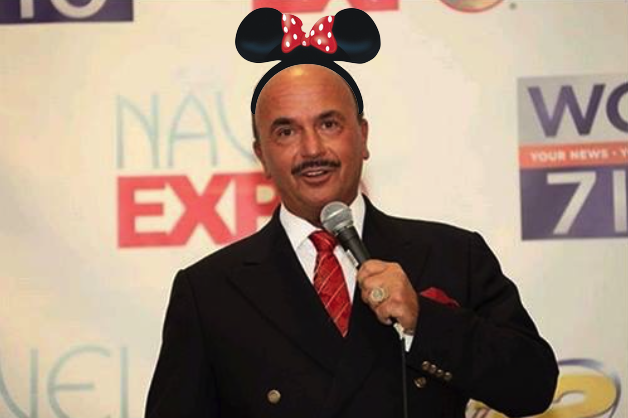 So in recent postings, Loony Lenny Coldwell, our favourite lying scumbag fake doctor, states under his false Facebook name – Rudi Kauder – that I’ve been served with court papers or something, along with Cosmic Connie, Saltydroid aka Jason Jones and a couple of other well known critics of Lenny’s. There’s only one thing wrong with Lenny’s latest lies:

[dropcap]L[/dropcap]eonard Coldwell again makes up a bucket full of pigswill, chews it down and regurgitates it into one of his little fantasies. I can’t go into details here, but it’s believed he has filed a case against one blogger who has called him out numerous times, but it’s certainly not me.

For a start, it would be impossible for Leonard Coldwell to serve me with legal papers of any kind and here’s why:

[dropcap]F[/dropcap]act is, despite his recent lies stating that I have always been out to get him, Loony Lenny and I were once very pally with each other and he used to call me brother

But then, like many others have also done and still do, I asked him about his credentials and for evidence of his claims. THAT’S when the SHTF as far as our ‘friendship’ was concerned.

Next thing I know, he’s calling me a paranoid schizophrenic with a multiple personality disorder and a whole bunch of other things which are difficult for his chubby little jew hating mouth to pronounce!

The most recent of these of course, being his lies accusing me of raping children in front of nightclubs here in my part of Japan.

He’s also accused other male bloggers of being child rapists, in a sad pathetic attempt to get people to hate them. What’s really sad is that his idiotic followers don’t bother to question him and take him at his word.

If he really has had people looking into my past, they’re going to be very disapointed about how uninteresting it is and I’ll be interested to see if they know what happened to me in 1989, 1991, 1994, 1996 and 1998. Especially 1991. I’ll wait for Coldwell’s book to see what garbage he comes up with – if there’s even a book. February 7th already and no mention of it on his social media pages.

Anyway, I digress. I’ve been through all of this before here on this blog site and you can see for yourself just by going through some of the previous posts and make up your own mind. Just like one online ‘radio’ host did when the facts about Leonard Coldwell, who was a guest on her ‘show’, were pointed out to her.

She opted to keep being stupid and blinded by the darkside of Leonard Coldwell’s pregnancy and has since blocked me on social media. Good thing I got screen shots: She went on to state that we were entitled to our ‘beliefs’. I pointed out the fact that all the facts are on this site and others. The next day, the comments are gone and I’m blocked from commenting. So this minion just proved that she likes kissing Lenny’s hairy ass!

And quite frankly, if you’re a radio host and have someone on your show just because you love and respect them and don’t give a damn if they’re disgusting jew hating feminist nazi pieces of crap who have to lie about their credentials and abilities, in order to feel like they’re important, and you don’t ask to see proof of his claims, then you’re one of the lowest reporters there is. But hey, that’s just my opinion and I am, as she says, entitled to it! 🙂

Anyway, long story short, I have not been served with any legal documents, letters, postcards or emails (not that the latter would be any good anyway). So as usual, Loony is full of his usual crap.

So much more to write, so little time. Another post coming shortly! As for what happened to me in 1991 – I’ll reveal that once I can compare it to the information Lenny’s alleged informants give him 😉 .