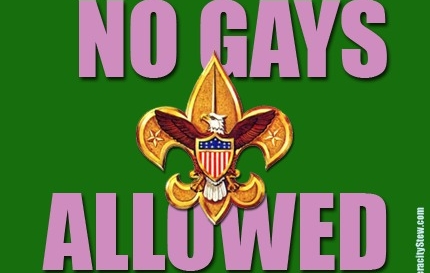 As America legalises same-sex marriage across the nation, Leonard Coldwell just can’t help himself and spews forth more anti-gay comments on social media, and then some! America is changing these days and it seems to some at least, for the worst.

In the news recently we see story after story about:

And while the world seems like an ever-increasingly bad place to be, let’s try to remember that these stories while abhorently shocking and sometimes scary, are in fact miniscule compared to what is really happening in the rest of the world and in daily life.

Good stories don’t often make the news – it’s hard to sell good news. A large portion of the human race has an unquenchable thirst for bad news, as long as it’s happening somewhere else and to someone else.

For some people just one story can be the end of the world as they know it. Leonard Coldwell is one of them.

In the past week, America has legalised same-sex marriage and depending on where you stand on this type of thing, it’s either good news or bad news. Social media is rocking on a stormy sea of comments both positive and negative about this particular topic this week, ranging from loving it to absolutely hating-it-and-condemning-all-gay-people-to-hell for it!

Here’s what Loony Lenny thinks about gay couples, especially those that adopt children:

A Marriage is between a Man and Woman! End of discussion…Leonard Coldwell

He claims to be a humanitarian. One of the greatest in fact according to himself. But doesn’t a humanitarian actually stay unbiased and unilateral to give all people the same equality in all things? Apparently not… He’s been making that claim for quite a long time. Just another old and worn out record from his chubby little chops.

And of course he has to have someone to blame for these things. If it’s not me, Connie, Salty Droid, Omri or the Jews, then it’s the Rockefellers [sic] who are behind it all!

But given his omnipotent greatness, Lenny the Loony fake quack can fix just about anything! Even a whole nation:

Pssst….Lenny….according to your deluded airhead friend Sarah, the shootings in Tunisia might not have happened at all:

Kind of ironic that she can’t believe the news because she didn’t see it with her own eyes, but she’ll happily believe any old unicorn rainbow of crap that Leonard Coldwell says, without having to see it for herself.

Anyway Lenny, it’s a generous offer, but the last time France let a German run the country, it didn’t bode too well. Probably best to just leave it, mate. 😉

Anti-gay but loves to hug up to other men? And remember this from Jason? One thought on “Lenny hates Obama, Jewish people and now gay folk, too!”