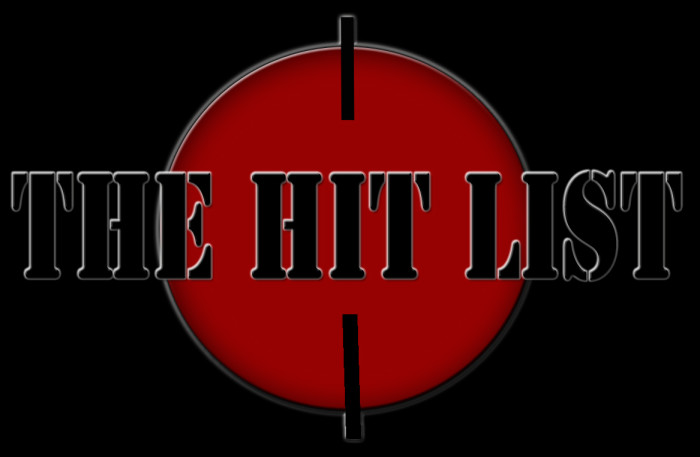 It never ceases to amaze me how many people blindly take Leonard Coldwell at his word and don’t even think to ask for proof. His latest claims? He’s on a hit list by Merck! [dropcap]T[/dropcap]here’s a lot been going on recently in Scam World, some of which I’ll try to cover in this post, albeit briefly. I just couldn’t let July slip away without a post.

First of all, there is the sad news that Kevin Trudeau’s mother passed away in her home. My condolences go out to those members of her family who are decent and honest folk. But how sad that her son Kevin is incarcerated. Both his parents have passed away while he’s been in jail and you’d think that this would have some sort of affect on his over-inflated ego. Sadly not so.

Trudeau instead took her passing as an opportunity to depart with some unintelligble wisdom about Abraham Hicks and living a positive life and not worrying about death! A fine role-model indeed you are Kevin.

[dropcap]T[/dropcap]hen there’s our other favourite Master of Stupidity Abe Husein. Abe’s been on a role lately by attacking Uber the share a ride company whereby passengers pay for rides around town from an app. Not content with signing up and making money from complete strangers online, Abe decided that Uber should be made to put a tipping option on the app. Furthermore, if passengers don’t tip, he wants drivers to rate said passengers a 1 star and not a 5, thus making it harder for those passengers to get rides in the future.

He later posted a graphic on Facebook that it was now an Uber Policy to tip or give a bad rating. That graphic was not from Uber and indeed could land Abe in all kinds of trouble if they pursue legal action.

But Abe hasn’t been garnering the support he had hoped for. Indeed many drivers and passengers alike have been reporting his activity to Uber. It remains to be seen what action Uber takes if any.

Uber freedom you’re a big idiot , someone is probably paying you for doing such a nonsense comment , what a shame , remember you are able to make your own schedule , yes Uber is more busy than other sharing transportation but you still have time to stop and go . You have nothing else to bringing in …. shame on you. .

This is not allowed, we do not require tips ,, if you want to tip the driver you can set a % on the rider app or you can give cash, but as a uber drive we don’t expect tips , it’s ok not to give one

Abe misses the whole concept of giving good service without expecting a tip. But more simply than that, if you don’t like the company you’re working for and their policies – leave and go work somewhere more suited for you rather than screw it up for thousands of others who are making a living from Uber! Otherwise you’re just an idiot but we already know this much about you Abe!

[dropcap]A[/dropcap]nd this brings us back to our favourite little known fake quack – Loony Leonard Coldwell. And boy has the pudgy little liar been as busy as ever trying to inflate his pathetic self-esteem!

It’s hard to know where to begin with Lenny because the lies just keep on coming. But I think a good a place as any would be to start with his followers.

I’ve asked the question several times to those of you who think the sun shines out of Coldwell’s greasy fat butt – where is his proof? Yet none of you have the kahoonas to ask him and simply take him at his word.

His latest idiotic rant claims that he’s on a hit list by pharmaceutical giant Merck. A quick Google search for ‘Merck hit list’ brings up approximately 401,000 links to the story which was put out in 2009. So this is not a new story by any means despite Loony Leonard Coldwell trying to make it out to be just that.

Loony uses the ‘internal sources’ line in many of his postings, yet provides absolutely zero evidence of such source or anything to verify what he is saying. But his idiotic minions just swoon as soon as he opens his mouth. Men and women alike. Because they’re too stupid to ask for proof. And for those that do Lenny quickly slams them in a most uncouth manner.

[dropcap]T[/dropcap]rudeau does not owe Coldwell 26 million of anything. Loony likes to make up numbers to embellish the reality of the situation. In fact Coldwell had a contract to speak at GIN and GIN related events which would net him a cool $2 million over several years. What Coldwell fails to mention each and every damn time is, he didn’t live up to his part of the deal and was justly fired!

Coldwell also pulls up numbers relating to his lies about some of us being allegedly paid by Big Pharma to discredit him. I wish – then I could quit my job and do this for a living!

But some of the information in that little screed is accurate, much of which I’ve written about on this site such as people losing money etc.

And other parts are like the pot calling the kettle when he claims that Trudeau “He never had any original idea. He stole it all.” – because this is something Coldwell himself clearly does in his own books.

Notice how in that little rant above, he then calls the minion – Joshua – “brother” after Joshua clearly gets scared by Coldwell’s rant. This is nothing new and certainly not Joshua’s fault however, as Loony Coldwell calls everyone “brother” until they question him or turn on him. Just like he did with me.

[dropcap]A[/dropcap]gain we see the real unprofessionalism of Loony come to light with such posts as this: However as we have clearly seen in the past year or so, Loony is all bark and no bite. Having had not one but two court cases thrown out by the lawyers it is clearly obvious that Coldwell couldn’t win an argument with a dead cat!

Are we to assume then Lenny, that you do have something to hide? Why would you be concerned about anyone ‘snitching’ on you otherwise?

Could it be that because he recently claimed that his medical licence ended in January 2015 doesn’t tie in with posts from several years back where he claimed to have retired from practicing medicine? Or that it doesn’t tie in with what he recently wrote on another page in German, claiming that his licence to practice medicine was only applicable in the USA, but not in Germany, where he claimed to be a top speaker at an expo? Good way to keep listeners and your audience in the dark Lenny – give them no way to find out the truth huh!

This shouldn’t come as a surprise to many of you who know the charlatan for what he really is. His history both in the USA and in Europe have shown us that he’s extremely good at evading the truth and getting away with it. Probably why he’s taken to writing more in German of late in vague hopes of throwing bloggers and critics like myself off his trail of bullshit!

Sorry to disappoint you Lenny – did 5 years of German language studies and it’s not as rusty as I thought! Plus there’s no end of Facebook users who are willing to give translations to me so I can continue to bring your lies to forefront of reality!

[dropcap]B[/dropcap]ut back to those minions with their heads in the sand.

Why oh why for the love of all that is decent do you not ask Coldwell to provide evidence of his claims? Claims like this load of crap for instance:

Yet there is not one iota of evidence to suggest that his claims are real. No record of his car being bombed. No record or police reports of him being shot at 4 times and no postings of his office allegedly receiving death threats at the rate of 30 a week! Which if it was true (it isn’t) would mean a huge police investigation and online investigation to trace said emails and put a stop to them. His lies have been going on for years, even before I knew of his existence.

No folks, what we have here is nothing more than Coldwell’s over inflated sense of ego and self-worth. It’s the only way he can garner sympathy for himself and keep the distraction from his minions from finding out the truth. Instead, he publishes slander and lies about his critics and has even gone as far as to encite violence against women by posting lies about the death of his beloved dog Blue last year, and then posting that person’s personal contact details on social media. (Those details are now defunct.)

One thing Lenny fails to understand here is that his lies don’t make any sense whatsoever!

Given the fact that he posts where he’s going to be speaking or holding meetings, anyone with an alleged grudge against him – especially as he claims, Big Pharma – would have no problem taking him out. Shit, all they’d have to do is chase the porky little bastard about 400 yards and he’ll likely collapse and die of a heart attack from being so obese!

Lately I’ve been busy with family stuff and work so haven’t been able to blog about Coldwell’s deceptive practices as much. But it appears one blogger in the UK has been keeping track of Lenny’s continuous absurdity and I like his style. You can see his short posts here. It helps if you have an awareness of UK sarcasm and humour, but to that blogger – THANK YOU!

There is so much more I could write about, but I will leave this post with the question to you, his followers: When are you going to ask for evidence of his claims? Try it, please. Then get back to me with his responses.