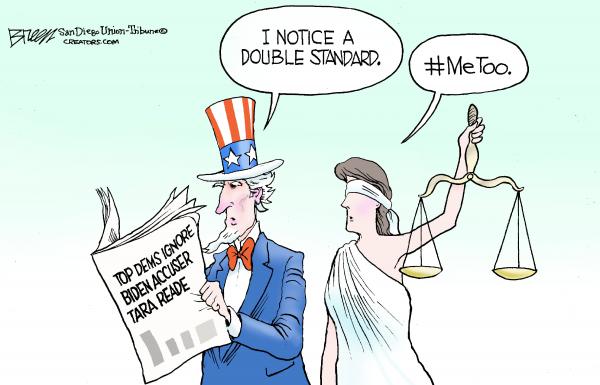 In the few weeks since my last post, we’ve all seen, if you’ve been keeping up anyway, the growth of the US Democratic absurdity.

Not only have they managed to resurrect illegal border crossings on an unprecedented level, but they’ve managed to install multiple movements towards gender discrimination and abuse of our children’s sexuality. It’s honestly been absolutely disgusting to see them speaking on and trying to justify, the desire to have children be pronoun free and to encourage our children to have gender changing surgery!

Absolutely disgusting and anyone who supports such an evil entity, is not worthy of breathing the same air as the rest of us!! With cross-dressing-homosexual-transvestites reading in public libraries and schools, to our kids, the lunatic left is doing its upmost to push a dark agenda on the rest of the world. And it needs to be stopped!

In more recent days, we’ve seen the passing of the $1.9 TRILLION Covid-19 Relief Bill.  What a joke!

Less than 10% of that money has been set for Covid relief efforts – something I believe in and of itself, is a complete and utter hoax – with the remainder of the money, going towards the rest of the Democratic desire to destroy America and indeed, the world!

Some of you reading this are Biden lovers, I know, and no doubt you will either laugh or call me another dumb conspiracy theorist. I don’t really give a crap. I called out the democratic party on facebook for their agenda, earlier in 2020, and was laughed at for it. No-one was laughing when things I predicted, like the Dems stealing the election, actually came true! Biden has been a disaster for politics in the USA for almost 50 years – putting him in the POTUS seat is all part of their agenda. There is no way in Hell that man won more votes than Donald J Trump, in ANY category!

Things we see happening – freedom of speech being denied, right to bear arms, freedom of choice, and much more, are all a part of the liberal left’s plan to destroy America from the inside and install a NWO.  And just a few days ago, a post was made on Telegram, showing that the Covid vaccine machines were ordered as far back as 2018! Proving they have had a plan in place, to depopulate the planet and control us, for years!!

And what happens to those who speak out? Especially those in influential positions to reach the masses? They get ”suicided”. How very convenient for those trying to hide the truth, huh.  It just gets to a point where people are no longer susceptible to the lies and deceit of those in power. Today, March 12th or March 11th in the USA, Biden took time out from his nap schedule, to actually address the American people! It was nothing more than a publicity stunt in a pathetic effort to try and look like he actually knew what he was doing. He doesn’t.

In his address, he again shoved blame on his predecessor for the deaths that occurred in the early days of the Chy-na Virus. But as you’ll recall, President Trump – the actual and true winner of the November 2020 US Election – wanted to implement restrictions on travel and socializing, back in January 2020! Did Democrats back him up? Hell no they didn’t! Pelosi herself (excuse me while I go gargle with mouthwash – just saying her name makes me want to puke) encouraged people to go to China Town in her district, not wear masks and not social distance!  As soon as it became obvious that mingling was causing the spread of the virus, they wanted to know why Trump hadn’t done more to curtail it! Hypocrites!

But as soon as Trump implemented a travel ban, they all called him a ”racist” for doing so! They call everyone a racist that doesn’t agree with anything they want to implement for colored folks. Funny though how it’s only white people that are labeled with the racist card.

So while Biden wasted 20 or so minutes of the American peoples’ time on his propaganda bullshit, Antifa, albeit a smaller than we’ve previously seen mob, were trying to smash their way into a bank in downtown Portland as well as trying to attack the courthouse in the same city. Thankfully, they were stopped before they could succeed, with one guard at the bank, drawing his weapon to halt them at the door. No doubt Democrats will cry foul for that too.

Talking of guns, Democrats succeeded in passing a Bill to have enforcement of better requirements to purchase a gun. No doubt they’re going to aim to stop people getting weapons such as AR15’s, something they’ve been crying about for years. Sadly, these morons forget that criminals don’t give a crap about gun laws and more often than not, don’t buy their weapons legally anyhow. So yeah, this is easily just more of an effort to quash the ability of ordinary citizens to protect themselves.

At least in Oklahoma some sense has prevailed. Drivers who hit protestors engaging in violence, will be given immunity. Probably not a good idea to stand on a busy highway anyway. If you do, you’re probably a democrat and a moron.

I’ll be posting again shortly, but for now, I just wanted to start to point out the hypocrisy and absurdity of the left.  That and I have a toddler that needs some play time. No, not Joe Biden, a real toddler.

Much more to come.