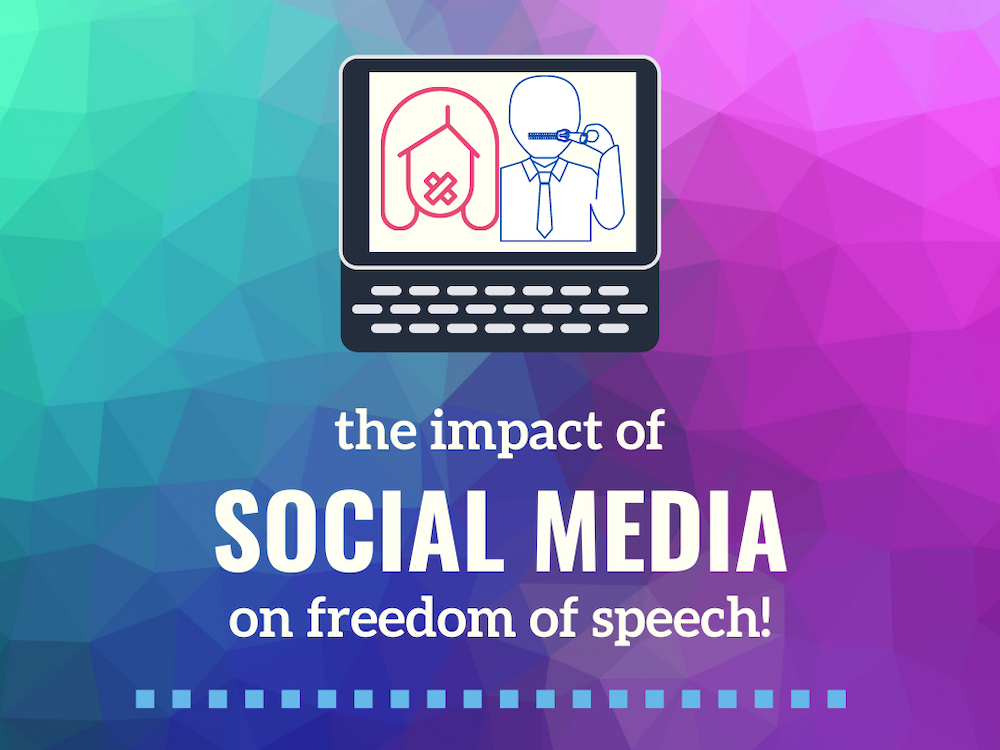 It comes as no surprise that over the last year or so, Social Media giants like Facebook™, Google™, Twitter™ and even the likes of Amazon™, have very much been pushing the agendas of Left Wing entities such as BLM (if you don’t want to be associated with the left, stop running to their agenda) and Antifa (scumbags), and anyone speaking out against them, or against anything the lunatic liberal left stands for, has been silenced.

On the likes of social media giant Facebook for example, we’ve seen the sudden rise of the dreaded Fact Checker. Usually Karens and wimpy floppy wristed social warriors, employed by FB, who sit behind keyboards all day, monitoring your posts and trying to tell you whether something is true or not, once posted.
This is usually done in the form of adding a ‘warning’ message that claims your post may have missing information or is false news. Even in the face of you providing verifiable facts, these armchair judges decide whether or not your post is relevant, matters, is factual or just fluff.

They don’t stop most of these posts being posted though. No. That would be too obvious of an act against your right to freedom of speech! But much like Andy Dufresne in the movie The Shawshank Redemption (©Castle Rock Entertainment), who uses a small rock hammer to tunnel his way out of his prison cell over a period of many years, these limp-wristed lefty loonies, chip away at peoples’ posts, in an effort to degrade not only their validity and social-standing, but to push their agenda across to billions of people, that they and only they, have access to the truth. The truth being whatever they deem it to be.

Facebook™ used to be an online place where you could keep in touch with friends and family across the world, tell people about your daily life, special events or other news you deemed worthy of sharing. It was, and still is, a very gray area, especially given their piss-poor Community Standards, which, let’s face it, can only belong to one crazy-ass ‘community’ that doesn’t give a crap about anyone else and leaves a lot to be desired.

It is now a monster of its former self, a lot less family friendly and as we have seen since prior to the November 2020 US Election, an entity that wants to silence anyone not on leaning to the left, a suppressor of free speech and a supporter of aspects of humanity that quite frankly, are so absurd that the devil himself wouldn’t want them in Hell! And they’re ignorant of their own hatred and actions, as we’re clearly seeing at this moment in time coming from the (US) Democrat Party. I’m not going to get into those aspects here, maybe another time, but for now, suffice to say, I am done with being told what I can and cannot say. As are millions of other folks, around the globe. Facebook™ has started to act like a tyrannical dictator, alongside its bed buddies Twitter™ and Google Inc™ (et al). Just because I do not agree with certain aspects of society being what it is, doesn’t make me a racist, supremacist, bigot or hater. Alas, the aforementioned media companies would argue otherwise. And they’re wrong to do so, but again, we come full-circle back to that area of their predetermined judgement of what is and isn’t acceptable to believe in and support.

Hence one big reason I’ve left Facebook™ (et al) once and for all. Definitely not the biggest reason, but certainly an important one, that ties in with other aspects of my choice to leave them behind. One only has to look on various blogs and websites for how these sites use your information and data, to see that they’re not entirely in your best interests to keep using them.

As many of you who have been with GINTruth™ since the beginning will know, I’ve always been outspoken against fraud and scammers. And whilst I’m not an American, I do have family and friends in the USA, that I wish to support by being their voice when they cannot freely speak out, for fear of having the feds knock on their door to ask why they said what they did or tell them how to think! (Oh yeah, that’s a real thing!)

I also believe that in a free world, which was fought for and paid for with blood, by our ancestors in two world wars, you don’t have to be an American to fight for freedom, justice and liberty, in America or any other country for that matter. So when I have American ‘friends’ who rant at me for daring to say anything as a non-American, you can believe that I do not appreciate that kind of ignorance, but I do believe in their right to voice their opinion. That’s their prerogative under their right to freedom of speech, too.

Over the past couple of years I had toyed with the idea of quitting FB™ and others, several times. Indeed, I quit Twitter™ two years ago when it was obvious they were curtailing free speech in some areas and allowing it in others. (Basically suppressing speech from the Right while allowing literally anything from the Left). It was easy to quit and I saw virtually no impact on my business or social standing. To be quite honest, I wondered why I even bothered with it in the first place and Jack Dorsey has pretty much shown the world that he sides with anyone on the Left.

I did try to quit FB™ a couple of times, and the only thing that kept me there, was the thought of losing touch with family across the world. But my last post on that platform, told everyone where they could reach me if they wanted to stay in touch.

And here’s the kicker.

Out of a total 1,936 people on my friend list, only 7 people reached out to me and not a single one of them are from family. Granted, some people may not have seen my last post and I will be in touch with some of them in due course. But so far, I’ve had one reach out on FB™ for my email and one via the messaging system on PlayStation™! Of the 5 that reached out to me via social media, I’ve known at least 2 of them for several years, 1 for at least a year and the others since I was a kid. I’m grateful to them at least. So where am I based now where I can express myself freely and without fear of suppression that is so prevalent in the big giants of social-media nowadays?

Telegram – I tried this once, didn’t like it, deleted it and recently went back to it. They’ve totally rebuilt the face and features and it is a lot more user friendly. Click the word ‘Telegram’ back there or simply click here to join GINTruth Group, where you can freely express your opinions, posts and links to stuff you can’t on FB™.

GAB – you can find me under @Bear67 although I don’t tend to use this particular site so often, I do like that it is Christian run platform that does not suppress free speech by anyone. Naturally any kind of Hate Speech against other religions, ethnicities etc, is frowned upon and will likely result in removal of any such post and a permanent ban for the user, and rightly so.

For now, these two places are adequate enough for reaching out online.
I won’t be going back to any of the other platforms, ever.

Since quitting them, I’ve had more time on my hands to do the things I need to do, like spend more time with family, read books (and I have a ton of them to read yet!) and find more easily verifiable information for discussion.

I believe that Trump won the 2020 election through more votes
I believe without a doubt that Biden and the Democrats, falsified their numbers
I don’t like anything the Democrats want to implement in America – especially full-term abortion!
I respect your right to vote for and believe in, anyone you choose, even if we don’t agree on their policies, political stance, etc.
I couldn’t care less if you stop following me or liking me, because I support President Donald J Trump – that actually says more about you than it does about me.
I have the right to say whatever I want, against or for, whomever I want. As do you.
What happens in the USA affects the entire planet – so don’t bother telling me I have no right to speak on American politics and corruption!
Epstein didn’t kill himself!

As for this website, it has found a new purpose, much higher than detailing the scammy wrongdoings of idiots like Kevin Trudeau and fake quack Leonard Coldwell. It has remained dormant too long and I feel can now be put to use again, to support freedom, liberty and justice, for all people in America as well as around the world.

If the site generates enough interest again, I will reopen comment sections on all future posts. Until then, stay tuned either here on GINTruth™ or on Telegram™ for posts and shared stories from around the world.