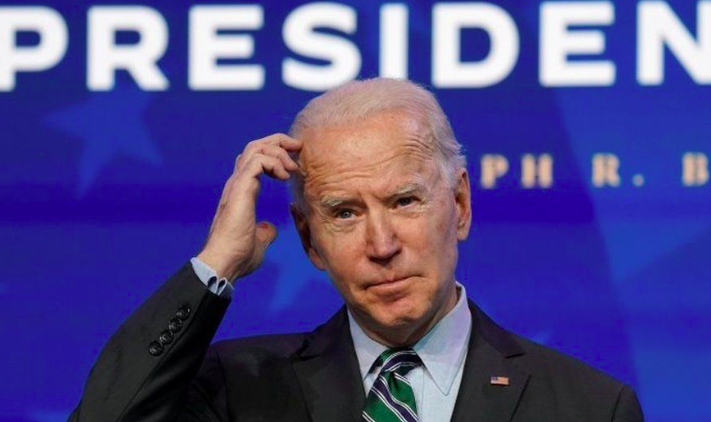 There must be some kind of world record for the most ignorance by a political team, and if not, then there needs to be one, because the Democrats of the United States government, would be world champions!

The level of hypocrisy and absurdity – hence the title – just continues to grow and astound. Although I doubt that anyone is barely surprised by the lack of logic and common sense that comes from these idiots anymore.

But it’s not just the USA that’s suffering from the onslaught of this record ignorance towards her people. The UK (United Kingdom) is seeing similar levels of ignorance for its own problems accordingly. UK ‘Border Forces’ are literally powerless to turn boat loads of illegal immigrants away, and indeed, are using millions of tax-payer GB Pounds, to bring them ashore, where they are then fed and housed, again, all at the expense of the British tax-payer.

Not only are the British paying for these illegals, but their government is back-tracking on its former promises to lift all sanctions against the people of the land once 15 million were vaccinated against Covid-19, (more than 29 million to date have received the jab), by imposing a further 6-month movement restriction on the population.

At this point in time I would say that politicians on both sides of the pond, and indeed around the globe, (sorry flat-earthers, you’re wrong) would do well to remember who votes them in and out. But let’s face it, if the likes of Joe Biden can illegally be placed in the WhiteHouse, what’s the point of even having an election in the first place? Very few politicians are honest and even less of them do the job they’re paid to! Some of them are literally wankers as this article from Australia recently revealed.

The entire world now sees Joe Biden (I refuse to acknowledge him with the title of ‘President’, because well, he’s legally not as far as I’m concerned) as what has to be, the weakest POTUS in American history. His lack of Press Conferences (I’ll get to the one he recently did, hang tight), tied in with his failure to go to the Mexican border and see the disaster his reversal of Trump’s policies on immigration and the Border Wall are having, and his total ignorance on the recent Boulder, Colorado mass shooting, as well as a myriad of other things in between, show him to be weak willed, weak minded and weak – everything.

I think the most absurd thing Democrats have said and done this past week though, has to be their absolutely dumbfounded rhetoric on removing dead people from voter rolls! I shit you not!

In this article on the GatewayPundit website, the author discusses how Democrats have been discussing the controversial election transformation bill HR1 and how it will benefit them. And only them. If passed, the Bill will ban the requirement for voter ID, make it legal to accept late ballots (which we all know they did in 2020 in order to win) and a whole host of other ludicrous self-vilifying rules. But their most absurd statement pushed forward as an argument to try and strengthen their idiotic agenda, has to be their claim that removing the names of dead people from voter rolls is ‘voter suppression’! They don’t even care that many families demanded that their deceased loved-ones, be removed from voting registers – many of which were used to boost sleepy Joe’s numbers, despite the fact that family members claimed that grandma was a lifelong Conservative and would never have voted for a Dumbocrat! But democrats don’t give a damn and along with allowing thousands of illegals in to the country, are going to continue to use dead people to vote for them. Incidentally, they’re allowing the illegals in with the expectation that millions of them will ultimately vote for Dems come election time. Regardless of how factual any of this may or may not be, allowing a vote by a dead person is illegal.

I know that I’d be pissed off to high Heaven if they abused the memory of my loved ones like this, and I am sure you would be too.

At this point of writing, I want to express my heartfelt condolences to the families and friends of those people, needlessly slaughtered in the recent Boulder, Colorado massacre. It comes on the heels of another mass-shooting in Atlanta, in which the 21 year-old gunman claimed he was trying to eradicate temptation for his sex-addiction, yet he didn’t target the nearby sex-shops, only massage spas. Democrats have long-been calling for gun-reform and while reform may not be a bad thing, the idiots in the Democrat party have been ignoring facts related to banning guns. Mainly they forget that criminals don’t give a crap about laws.

Background checks on people who want to buy guns would be a good place to start, but if a criminal wants a gun badly enough, they’ll find a way to get one and it won’t matter how many laws are in place to stop him (or her).

It remains to be seen how the morons in power will spin their efforts to push through legislation to ban the sale of assault rifles, stop the right to carry arms and purchase ammunition, and basically you have to ask the question: if you’re going to need an ID to purchase a weapon for your own protection, why don’t you need an ID in order to vote?

As a result of recent hatred towards white people in the USA, as well as Asian-Americans, Democrats are using these mass shootings as a political platform, alongside hate-groups like BLM and Antifa.

The recent spate of attacks on Asian-Americans – wait, let me rephrase that: The recent spate of cowardly blindside attacks by cowards, on mostly older Asian-Americans – because let’s face it, fighting face-to-face and one-on-one would likely result in the attacker getting his ass whooped, has seen non-white racists, blame white people for the attacks. That’s not to say some attackers are not white. The gunman in Atlanta is a 21 year-old white male. But it would seem that the hatred is coming from a large percentage of non-whites. What’s even more disgusting is that few of these crimes are being treated as racially motivated hate crimes!

In New York City, where anti-Asian hate crime soared nearly nine-fold in 2020 over the year before, only two of the 20 people arrested last year in connection with these attacks were white, according to New York Police Department data analyzed by the Center for the Study of Hate and Extremism. Eleven were African Americans, six were white Hispanics and one was a Black Hispanic.

There have been cries of white-hate from non-white communities both online and offline and while it is definitely not something that should be ignored, you have to consider the larger picture of a population of over 350 million people, where the vast majority of white people don’t actually give a crap about the color of your skin. Not because they don’t care, but because most of us don’t see skin color, we see the person. The human being, the soul within. It’s just a pity that so many people remain uneducated on this and choose instead to follow the ignorance of hate-filled morons, without questioning why.

As for Biden’s recent Press Conference – what a total sham that was!

It’s alleged that he used a ‘Cheat Sheet’ in his first ever major press conference, but unlike his predecessor, he wasn’t able to actually think and come up with answers from his own knowledge base. Likely because he seems pretty clueless as to what is really going on in his own country.

Apparently he had lists of reporters in attendance, and questions they would be asking, with a list of answers. It wouldn’t surprise me in the slightest that this would be true, because as we’ve seen, he’s often walked away from the press and refused to answer any questions.

Tie this in with his refusal to go to the border facilities where he’s actually barred the Press from visiting, and you have to wonder who is really pulling his strings. It would seem they were pulling too hard when he tried to get up the steps of AirForce One.

I’ll have more on this and his latest gaffes in the next post.

The noose around Coldwell’s neck is getting tighter…but he’s his own hangman!

Ryan Kath follows through on his GIN story…

Until further notice, simply email me at