Abe Husein – wants to be taken seriously as a leader….no, really…. 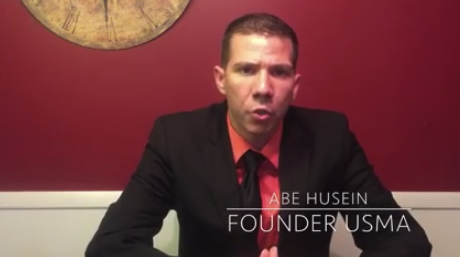 Given the fact that Abe was fired from ride-share company UBER back in August of this year (2015), it baffles me why he is still on his campaign of hate towards them. But now he’s making a website to get your money in order to ‘fight for your rights’, because that’s the kind of self-styled-union-guru he is.

He is not an Uber driver and has not been for some time now. If you believe he will take $10 per month from 1300 drivers and spend all of that money for your benefit, you are a terrible judge of character. He is obviously looking for a scam income to use to pay of his debts, his worthless house and finally live the “good life” as imagined by an idiot like him. – former friend. September 2015

[dropcap]A[/dropcap]be Husein is not who you think he is. A former scammer in GIN who tried to scam the system, he also has minor offences from his past. Not that that matters really I suppose, but something you might need to be made aware of.

Later in life he’d rise to the status of failure to pay his debts – twice:

And before anyone berates me for posting his address all over the webz, don’t waste your time. Those screen shots are public record from the website I found them on. Take it up with them. And remember, no-one came to Connie’s rescue when Abe’s lunatic pervert friend Leonard Coldwell posted her address all over social media, along with his malicious and libellous lies about her poisoning his dog! So I really don’t give a crap about posting the address of a known scammer!

As for Abe, he wants people to take him seriously as a leader in the fight for driver’s earnings from ride-share company, UBER.

Let’s forget the fact that he was fired from Uber back in September of this year, for libellous and deliberate slander of them, while he was a driver. Let’s also remember that he forgets the fact that neither he nor any other driver in any part of the world, is an “employee” of Uber. Although he’s trying his damnedest to have you think otherwise.

Hence his recent failed Uber strike and an upcoming website (for which he’s trying to sue the original maker of), which requires you to pay him $10 a month for access.

That little nugget was met with a backlash of comments from Uber drivers both nationally and internationally. Just do a simple search on Google for Uber Freedom. You’ll find plenty of drivers letting Mahmood know what they really think of him.

One thought on “Abe Husein – wants to be taken seriously as a leader….no, really….”