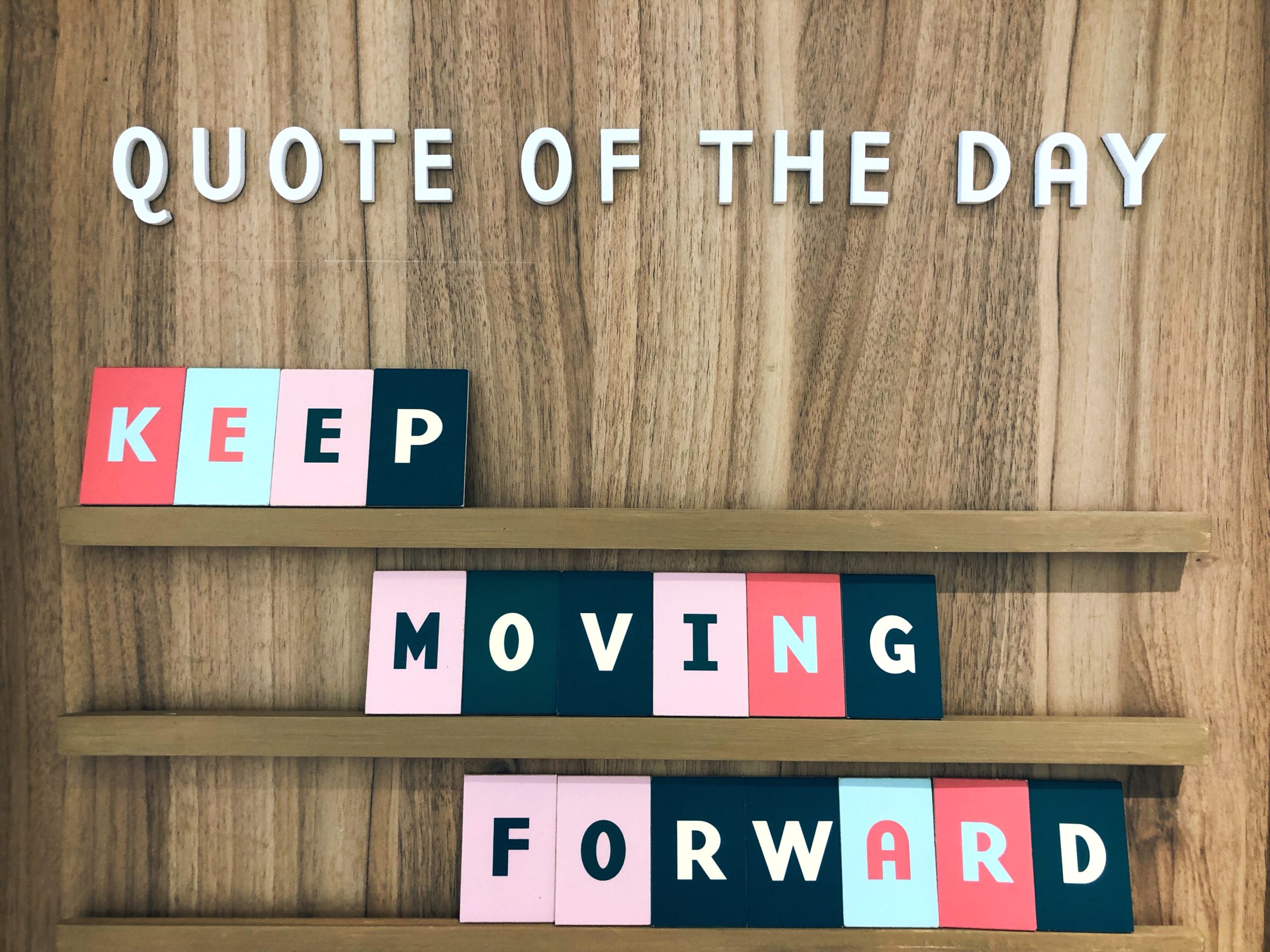 8 years ago, give or take a month or so, I started this website with a view to bringing to light, the shady dealings of Kevin Trudeau, fake-quack Leonard Coldwell, wannabe stuperstar Peter Wink and several others that were connected in the Global Information Network. Hence I came up with the name GINTruth and have, over the years, shared countless stories, documents, evidence, screenshots and abuse from those mentioned, right here. But I wasn’t alone in my quest to reveal these scammers for the lowlifes they are and have worked tirelessly with other bloggers who felt the same way and put in a lot of effort, if not more, than I have, to share their findings with the world. The likes of Saltydroid, Omni Shabbat and CosmicConnie just to name three who have lead the charge against Planet Fraud! The latter never faltering in her tenacity to make sure the internet algorithms keep such names at the top of the search findings, even in the face of adversity and threats from the likes of that overweight-letch, Leonard Coldwell.

Whilst the stories have slowed considerably, there is still plenty to be told and my own personal feeling is that our Cosmic Blogger Connie, is palpable in continuing to keep you updated of the latest lies and wishful misdeeds of KT. I’m also happy to mention him and the other blatant liars from time to time, but I feel recently, that it’s time to move on.

Over the years, life has been a whirlwind of a roller-coaster for me. On Christmas Day 2016, I lost my younger brother after his brave, 3 year battle with an aggressive form of cancer. Needless to say, the loss is immeasurable and I find myself still grieving from time to time.

To say I felt miserable that I was uninformed of the severity of his situation, partly due to my own lack of asking for more details, and that I could do absolutely nothing to save him, would be an understatement. John had kidney cancer which spread to his spine and ultimately his lungs. I have often pondered whether or not, if I had known in time, donating a kidney to him, may have saved him. Some will say unlikely, some will wonder the possibility. His illness and passing made me take a long and hard look at my own life.

I was very unhappy with my home life. My marriage was a shambles and I was assured by my now ex-wife that it was not going to get any better. Nothing I did was good enough and while I’m certainly no angel, and most definitely could have and should have, made more commitment in the early years of our marriage, in the latter years, I made a conscientious decision to commit fully in every way.

Alas it did no good. The damage was done and I was merely now an inconvenient accessory in the house, only good for paying the rent. But it was the right choice and I was following my gut-instincts knowing that I was going to be okay, as would she, and that we would both eventually find happiness with the right person.

My new partner, and now my new wife, insisted that I go back to the UK for Christmas 2017 to spend it with my mother. I was reluctant to take the very long trip from my home here in Japan all the way to Wales, but she persuaded me to go with a “You never know how many more Christmases you will have with her.” And my mother was able to see her grandson again, too.

Christmas came and went, and New Year too and suddenly we were in 2018 and edging closer to returning to Japan.

I thank God that on the day we were driving back to London, the A5 outside Wrexham was at a standstill. Not wanting to sit it out and just go on our way eventually, I opted to turn the car around and go and say goodbye to my mother again, and tell her that I was okay, life was looking brighter and that she is and always will be, loved unconditionally and more than anyone.

Just 3 months later while walking out of the lecture rooms I teach in at a local University, I received a text from my sister which simply said “Bro, mum’s dead.” It stopped me in my tracks and hit me like a steam-train going at full-speed. Divorce, my brother and now mum. I started to wonder what else life was going to throw at me. And then it hit me.

With everything that had happened thus far, and this website pretty much going quiet for several years, I gave myself a kick in the behind and decided that I had to LIVE! I had to live for myself, my life, my son Sam, Marika and my/our future. I had to LIVE in a way that would honour the memory of my brother and mother. I had to stop wallowing in self-pity, take a step back and re-evaluate everything.

That included, amongst other things, not wasting time on the likes of Kevin Trudeau et-al, as much as I had been. Weirdly enough, the writing prowess I had somehow managed to imbibe in myself over the years writing about scammers, seemed to no longer be present. When writing blog posts here, at that time, it seemed to flow naturally as if coming from somewhere except me. I struggled to find that spirit-like flow again and I know it shows in some of the later posts prior to this year, and it’s gotten me thinking.

I said I didn’t want to waste anymore or too much time, on KT and his ilk, because I want to find other things to write about. The name itself ‘GINTruth’ stands for ‘Global Informative News Truth’, and that name came about in an effort to tell Trudeau’s lawyers to go forth and multiply when they sent a Cease and Desist letter back in 2012, demanding that I stop using the word GIN in my logo / site name. Ultimately I won that battle too. Obviously. So, here we are in 2020, still with a desire to blog. This year has so far been one of utter global chaos, strife and worry thanks to the Coronavirus Pandemic and the forced isolations, lockdowns and social-distancing made law by many first-world countries. The economy is in a mess, Epstein and Weinstein are pretty much relegated to yesterday’s news, and racism has reared its ugly head again, in relation to the George Floyd murder in America. Sometimes it seems things are not going to get better and bible thumpers are screaming “I told you so!“

With that all said, I therefore want to bring more global stories of scammery – yes, I made that up – fraud, cover-ups, and the like, because I wanted to move forward with my own life and can only do that by moving with the times. Life really is too short and I have a ton of good things happening in mine now and don’t want to allow their f***ery to spoil it or even play a role in it!

Trudeau is always going to bleat on about how he’s the hard-done-by revealer of truths and I will be keeping my eye on him and will write blog posts about him if and when needed. In the meantime, Connie’s pretty much covering that football field well.

Leonard Coldwell’s gone pretty quiet for the most part, but I know he’s still out there, pretending to be a doctor, still thinking he’s God’s gift to women and likely still getting away with (alleged) fondling of ladies too enamored with his pot-belly love island. But you can absolutely rest-assured I’m keeping an eye on him and will be very happy to reveal his scams and lies as and when they continue.

But, that’s where I’m at with this site and the current situation. I’m even thinking of doing podcasts for each blog post, for those of you who want to listen to my posts instead of read them. For now, I hope you’ll stick around to see where things go.

As always, I’m indebted to you, the reader, for taking the time to be here, the emails and messages I receive from some of you are uplifting and hey, we all need a hobby! And let’s face it – life really is too short to be overly concerned with what others are doing.

Live your own life and if people are stupid enough to look up to the likes of a multiple-times incarcerated felon, then leave them to their ignorance. They’ll learn sooner or later and if they don’t – at least you won’t have to deal with them.