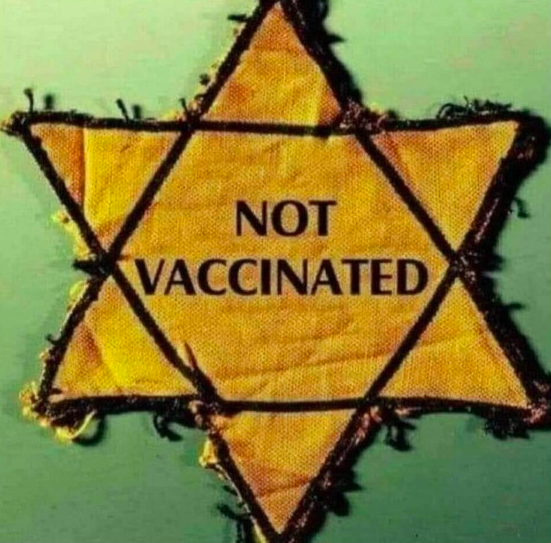 I couldn’t let October go by without at least one post. It’s been a busy month with the usual family stuff, work and trying to fit in all those things that need doing in-between. But it hasn’t been nearly as busy as it has been for the likes of the Democrats in the USA, the police in Australia with their Nazi like tactics on ordinary members of the public, and the continued lies and deceit around the world, concerning the overhyped Chy-na Virus!

You don’t need me to tell you about the events that have been taking place, as you’re smart enough to do your own research and read the news from various sources, instead of just getting it from the Lamestream Media. The likes of CNN, MSNBC, ABC etc, are still pushing their fake stories concerning President Donald Trump, Coronavirus deaths, vaccine success etc. In the midst of all this, several other news sites have sprung into a new-found life, and despite the narrative from the supporters of the Liberal Left trying to debunk anything that gets posted, these new sites and news outlets have been a major success in getting out the facts and with links to their information.

A doctor puts out a claim with his or her 30+ years of experience in the field that the Covid vaccines are killing or seriously injuring people, only to be met with mass criticism and mis-labeling of being a conspiracy nut with no idea what they’re talking about.

In this story, I saw that the tide was turning against the Democrats, and it now appears I predicted it correctly! Even amongst their own ranks, some democrats are not buying into what their party is selling and now starting to speak out against Biden’s insane policies and plans! We’ll never forget his Afghanistan shame!

If you’re in America, you know your borders are gone, as is your right to freedom and liberty, and let’s not forget that you are now classed by your government as a second rate citizen, with illegal immigrants’ needs being put before your own.

Paid into the government pension system your entire working life? Thanks, you’re no longer entitled to receive everything you’ve contributed, instead, Biden wants to give every single illegal immigrant $450,000 of tax-payer and contribution money.

Fought for your country or had family/friends who did, in an effort to retain your freedom and liberty? You’ve been played! The military has gone woke (as have other nations’ military) and can no longer keep you secure against terrorism, Islamic nutjobs or threats from your enemies! Nor are you important if you’re a veteran that requires continuous medical care, help with PTSD or recognition for your actions, other than being held liable for shooting some poor rag-head who was ready to launch an RPG into your comrade’s Humvee. Damn you for ever signing up!

America is a cesspool of in-fighting not just between Democrats and GOP, but between ordinary citizens – those who believe the man on the TV or worse, that lying, animal-abusing douchebag – Dr.Fauci! Citizens who have opted to have the Chy-Na Virus vaccine, because they were told it would help them fight the virus (it doesn’t), and believe (from the same lying sources), that anyone who chooses not to vaccinate, is going to be passing the virus to others, and for some insane reason, those vaccinated believe that the unvaccinated are putting the vaccinated – at risk!!

Weird, I always thought that if you’re vaccinated against something, you can’t catch it! Not to mention that your own immunity system has a better chance of going in strong against the virus if it is left alone to do its damn job!

But hey, what do I know, right?  I’m just one blogger, that sees sense, but gets called a Right-Wing Conspiracy Nut by those on the left. Damn me for doing my research. Damn me for running a website/blog that has provided facts for every single story with proof, for the last decade! It’s funny how even those on the left were happy to believe and show me support when I was blogging about the likes of serial scammer Kevin Trudeau (now at home under home confinement from Camp Cupcake) and his former bff fake quack Leonard The Perv Coldwell, but suddenly because I speak out against the scumbags that are Democrats like Biden, Pelosi, Harris, Obama, Schiff, Waters etc… I’m now a conspiracy theorist with no credible sources? LOL.

The division amongst Americans is becoming more apparent day by day. It’s what they want – to divide you. And it’s not just in America. What we’re seeing now is akin to what was happening in Nazi Germany and Europe, against the Jewish people.

Australia, has become a Communist haven literally overnight, with the likes of #danandrews (Dan Andrews) acting like a good commie dictator and telling Australians what they can and can’t do, depending on whether or not they are vaccinated. People in Australia are for the most part, eating it all up and believe they have their freedom back because they’re doing exactly what the government wants them to do. Some are fighting back, but it’s not enough!

We’re seeing similar scenarios in other nations too – especially in France and Italy – two great nations that have experienced suppression and communism in the past! People are out in the hundreds of thousands, protesting Vaccine Passport requirements, as well as Vaccine Mandates! The Lamestream Media however, continues to report these protests (when they do at all) as being a handful of disgruntled folks with numbers no more than a few hundred. Governments at the local and national levels, are trying to force the vaccines on essential workers like the Police, Health workers (doctors, nurses, paramedics, etc) Fire-fighters and the military, as well as other citizens, by threatening to not pay them or worse, fire them, and thankfully their efforts are being thrown back in their faces. Staff would rather quit than be forced to have something put into their body that they don’t want or need! In New York City alone, shit-stain of an excuse for mayor, Bill DeBlasio, is seeing garbage piling up on the streets of the city as workers walk off the job; crime going through the roof because Police officers are quitting rather than be forced to take a vaccine they don’t (and shouldn’t) trust! And just why are they so adamant that we get THIS particular vaccine, multiple times? I could understand it if the virus was so dangerous that just a whiff of it could put you in hospital, but clearly the data so far shows that this is not even remotely the case!

Hmmm…I wonder if it could be because Big Pharma have lost billions of dollars on the influenza shots that nobody wanted? It does seem awfully coincidental that they’re now making billions and billions of dollars worldwide with these unvetted vaccines. I guess that’s why lame stream media is desperate to have you listen to them. I mean, it’s not like they do this for free either, right?

Shipping ports around the world are being filled to capacity with containers with no-one to move them, because truck drivers are either being laid off for refusing to take the vaccine, or walking out of the job in protest! Some ports are even being barricaded by the drivers so that nothing goes in or out.

Ultimately it’s going to come down to complete Civil Unrest or Civil War. Governments are over-stepping their powers on the freedoms and liberties of citizens, who have either been granted these things by their ancestors fighting for them in two world wars, or fighting for it themselves. Sooner or later people will show that they are not going to take it anymore. I would say that when it comes to voting time to get them out of office, we can look forward to getting truth back in office(s). But let’s face it, if Democrats can cheat in a National Election (and you know they did), they sure as hell will try to do it again at the local level! So I’d say it’s likely we’ll be seeing the same faces in politics for many years to come. I’d like to think I’m wrong, but given the California Recall election not so long ago, we know they’re willing to do whatever they have to to keep their grip on running this shit show.

Rise up people, stand up for what’s right – whether you’re leaning on the Left or Right, if you support fraud, you’re part of the problem. And problems ALWAYS get dealt with sooner or later, one way or another.

As for me personally?

You can shove your mask, social distancing rules and the Chy-Na Virus vaccines, where the sun don’t shine! If you believe I’m a super-carrier just because I’m not shoving a toxic gloop into my body, you’re an idiot. A danger to society by not being vaccinated against a virus that has a 99.97% survival rate (much better than influenza by the way)? Please, tell me how.

Oh, one more thing, and this is for the liberal morons who read and comment on #japantoday.com – 98% of you live in Japan – nobody cares about your theory on the virus and how it spreads. Nobody cares if you want to support the vaccine passport bullshit, and certainly nobody cares about your take on politics when your overwhelming bias is for Liberalism and Communism. Just be a good little Gaijin and STFU!

If the Feature Image for this post offends you – a) I don’t care and b) you can find more on the story behind it here.