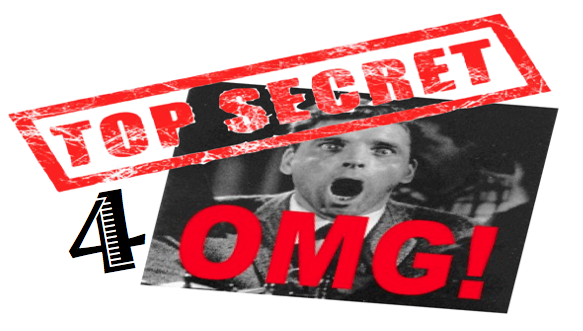 As is usual with court proceedings concerning Trudeau, his new legal counsel, Winston & Strawn LLP, have filed for a MOTION TO STAY THIRD-PARTY DISCOVERY AND APPOINT A SPECIAL MASTER FOR THE PURPOSE OF ESTABLISHING A CONSUMER REMEDIATION PLAN. This basically means that Trudeau is looking to avoid jail by hoping to work out a plan to pay back every consumer who ever bought and believed in his books.

Request for defendant to appear via legal representative

Trudeau’s Defense Team suggests that issuance of subpoenas is ‘unreasonable’

Index of Exhibits – 1 page only.

Exhibit A – with partial transcript – Judge questions sales of the books.

Exhibit B – with partial transcript – Judge notes discrepancies in the books.

In short, if you really haven’t got the inclination to read through the above documents, his lawyers are, on his behalf, requesting a course of action to pay back every consumer who purchased books from Trudeau’s informercials. I’m sure you’ll agree, that this would seem like an unlikely plausability when you take into account that sales records are likely to have been destroyed, gone missing or just too time consuming in tracking down all those consumers who have since moved, gotten sick or died.

The Honorable Judge Gettleman is leaning towards agreeing that the FTC’s request for incarceration, or rather, their pursuit of it, is rather “Draconian” in its very nature. Personally, I think if you or I were given a fine and didn’t pay it, we’d be thrown behind bars with the hymn sheet to chain-gang songs sitting waiting on our pillow. Why should Trudeau be any different?

Seems like Trudeau is again, stalling for time, by bringing in new angles to proceedings, something he’s very good at doing. You only have to see his history of court documents and proceedings to know that. (See parts 1, 2 and 3 on this site for just a handful of examples).
His Honor/Honour also found plenty of discrepancies in the books, when compared to how Trudeau advertised them on his infomercials, stating that information was contradictory. For example, Trudeau said in both the infomercials and in his Weight Loss books, that “You can eat whatever you want!”, but then goes on to say that you should only eat organic food and not to eat fast food. This is a contradiction and just one of many the Judge noted. He correctly stated that consumers were misinformed.

It’s hard to put a voice to the Honorable/Honourable Gettleman, but it would seem from the transcripts, that he’s certainly no-body’s fool. He is a judge afterall, and didn’t just get there by beating other candidates for a job opening! His rhetoric is clear and stern (I like the guy already), and he’s not about to let either party try to pull the wool over his eyes.

The documents note that the court has received a sworn statement of Trudeau’s assets/worth/savings, whatever…but it appears the FTC, by issuing subpoenas to 28 persons/businesses/associates/spouse/whatever, is seeking concise and clear documentation regarding Trudeau’s assets.

I seem to recall someone mentioning Trudeau’s California home with million dollar paintings inside, last year. Hmm, I’ll have to find the link for that and update when/if I do.

Read the documents, they’re not so large, in fact only two of them are really worthy of any purusal. Exhibit A & Exhibit B.
All the cases involving Trudeau are listed on this site here, but does require payment for 98% of the documents. You can see the latest cases listed towards the bottom of the page.

Bottom line is, the master conman has found himself another way to prolong proceedings, all within his rights of course. And no doubt, will continue to do so.

You’ll notice that he ditched his previous attorney – Marc Lane. Or perhaps Lane finally woke up to reality and realised he wasn’t going to be paid and ditched Trudeau? Your guess is as good as anyone else’s.

If he was alive today, Immortal Pedlar – Mony Vital, might have made a fortune from helping the judge and clerks, to live a few years longer than expected while this yo-yo-ing back and forth continues! Or he might have been next in line for a court appearance?