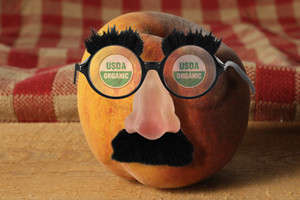 Calling all young, vulnerable women in abusive relationships! Beware of these two hucksters who would just love to take you under their wing – for their own, ill-gotten reasons and a large wad of cash, of course!

It seems that there are no limits when it comes to targeting prospects in business.

At least not for the Coldwell and Wink camp.

They are now targeting young, vulnerable women in abusive relationships.

If you’ve spent any time watching the diabolical crap the IBMS has on its YouTube site (sorry, not going to give you a link, believe me, I’m doing you a favour!), then you’ll know that Coldwell and Wink are the last two men you’d want any woman to be near!

Their videos show a group of women who basically, swoon at the voice of Lenny and think he’s God’s gift to womankind. Lenny himself actually believes he’s some kind of prodigy sent to rescue the stressed, abused women of the world.

Lord forbid that any of these women in abusive relationships should actually believe that all their prayers are going to be answered by these two ass-hats! And you’ll notice that they don’t offer to help the marriage! They are simply offering you help to walk away – never mind that there’s always a chance to resolve differences in any relationship.

Cosmic blogger, Cosmic Connie, has more on this latest laughable attempt from the IBMS to integrate more recruits, here. She also has a better array of links and information on the past history of both Coldwell and Wink.

And let’s not forget the efforts of our good friend Salty Droid, who has also written extensively and fearlessly, on the hands-on-healing aspect of Coldwell’s dodgy practices. This man wants all vulnerable women to join him and the fake doctor for counseling on how to get out of an abusive relationship.

We’ve seen how grateful women are to Coldwell for his “help” in the past, (see previous post here for one example).

Simple answer: vulnerable women are easier targets for manipulation, pulling their purse-strings and quite possibly (and highly likely) their G-strings! Unfortunately, if you’re a Beta-type Male, or a man in any way, you simply don’t qualify. And you have to wonder, just how many women will be turned away based on their age and looks, with a likely excuse of “Sorry, we’re full to capacity right now. But we can take your daughter!”

They are using the guise of wanting to help the abused, vulnerable women out there, as a means of recruiting into their new, highly questionable organization.

This isn’t the first time Wink has laid claim to care about women, especially single mothers. Although he had no conscience about plastering her name all over the internet, even when she requested for him to stop. He didn’t. Instead he chose to use her case as an example of revealing further frauds by Kevin Trudeau. Whom he once staunchly defended in every way.

It’s just my opinion of course, but someone should really request from the appropriate authorities, that these two individuals, show just what qualifications, if any, they possess to adequately qualify them as counsellors on matrimonial warfare. Because I’m pretty sure, any woman who crawls to these two cockroaches for help, will ultimately, wind-up realizing that she has been taken for a ride – even if she did feel good, for a while. Because of course, with these two, help comes easily – if you have the cash! And, as unqualified therapists, Wink and Coldwell could do more damage than good. And that’s simply not acceptable!

No toon here today…fake quackery and matrimonial engineering are hard to laugh at.

One thought on “Unqualified therapists looking for young, abused women…”