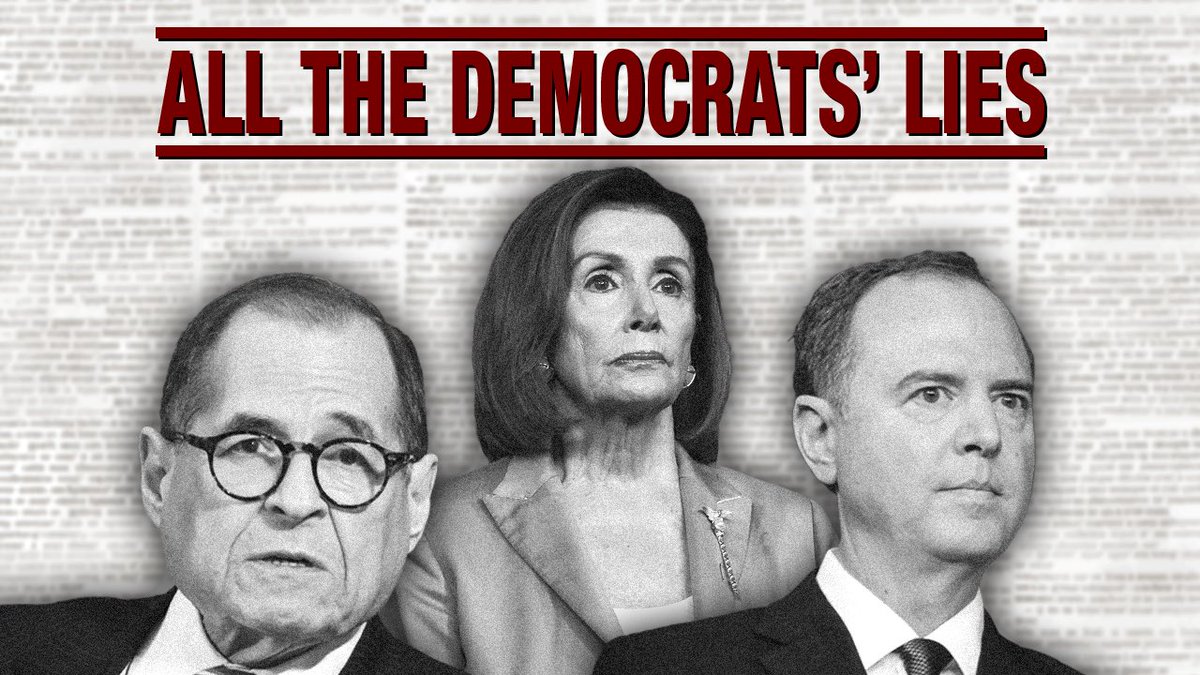 Continuous lies, deceit and fear-mongering – all being revealed. Democrats are treading water and about to sink.

Please note, there are no links added to this post. You can easily highlight, copy and search for anything written here at your leisure.

Nowadays we have many apps available that are used as news sources, some not so useful anymore such as Twitter, YouTube, Facebook, and those that are starting to give the aforementioned a good run for their money and continuing to grow, such as Telegram, Rumble, GETTR, GAB, etc.

Mainstream media (MSM) has for the most part, taken the side of the far-left, covering up corruption stories such as those related to POTUS’s son Hunter Biden, sexual scandals by former political figures such as Andrew Cuomo, and labeling peaceful protestors as violent, far-right racists, while making the actual violent protestors out to be peaceful people loving oppressed Americans, and let’s not forget how they’ve allowed the lie of White Supremacy to become an evil figurehead in dealing with anything the left doesn’t like. I mean, my goodness, you’ve seen white people claiming to be black and white people claiming that their race are oppressors of every other race.

Sure, history shows that the white man has been a strong instigator and actor in discovering new lands, cultures and science. But we’ve come a very long way since those days, and now people from all races and cultures have the resources available to them, to make their lives successful, to discover new science, planets, technologies, etc.

Thankfully not everyone is buying into this rhetoric that the MSM wants to have us believe is factual. Indeed, in recent months, we’re starting to see a turnaround, even from people on the left, that the lies and deceit can not be allowed to continue.

The problem with liars who believe their own lies, is that they refuse to accept there is anything else other than that lie. And as those lies become exposed, they add more lies on top in an effort to cover their tracks. This is something I understand well as most of us do, given that we’ve all done it at some point or another in our lives, usually as youngsters. But sooner or later, we come clean and admit we lied.

Why can’t Democrats do the same?

With mid-terms on the horizon, Democrats have been somewhat nervous about the potential results, with some predicting that it’s all over for Democrats. They’re going to lose so many seats, they’ll control nothing. And already there are rumors of Dems making plans to twist the results of the midterms, much in the way it is alleged they did for the November 2020 Presidential election. (I use the word “alleged” lightly – seems pretty evident recently that they rigged that whole debacle.)

With the current leadership in the Democratic party – the likes of Pelosi, Schiff and Schumer, just to name a few, the Party cannot survive much longer. They are dragging the Democrat Party into a quagmire of darkness that unless dealt with soon, will ensure the death of them.

Of course many would love to see that happen, but let’s be realistic here, if the party dies, then it would open the way for more corruption further down the years as members of the GOP fight for more power in their own respective departments. I only say this because as we’ve seen over the past year or so, members of the GOP don’t seem to know what side of the fence they’re on. Calling themselves Republican yet clearly working for the opposition, so much so that the likes of Liz Cheney was disowned by the Republican Party.

In the run-up to the 2020 election, the witch hunt against then POTUS Donald J Trump, was going full-steam. Even before his inauguration in 2016, the Democrats had tried anything and everything to discourage Americans from believing Trump was a viable candidate for presidency.

The Russian collusion hoax – which we now know 100% was perpetrated by Hillary Clinton and her minions, wasted millions of dollars of tax-payer money, and couldn’t stick. Lies never do.

Not one but two impeachment efforts – both of which were shot down in flames because the Democrats couldn’t make their lies believable. Again, millions of dollars in tax-payer money, wasted.

Democrats even went as low as trying to disparage support for Trump by crying about how mean his tweets were on Twitter. What they called ‘mean’ was either opinion or fact. Unfortunately, Twitter – then owned by far-left lunatic Jack Dorsey – sided with the Dems and banned Trump from being allowed to use the platform. As a result, a flurry of other Trump supporters and supporters of truth, were also removed from Twitter. Youtube and other platforms soon followed suite.

When you follow the trail of the banning, the suppression, the lies issued to cover up other lies, it all leads in one direction – to the left.

But as I said earlier, lies don’t stick and truth prevails. We’re seeing a tidal wave of truth seekers from both sides, start to speak out against these harbingers of lies and say enough is enough.

Which brings us to the ongoing saga surrounding the Coronavirus pandemic, or ‘plandemic’ depending which side of the fence you’re on. The likes of Dr.Fauci recently being exposed as having major links to the Chinese Wuhan Labs and profiting nicely from his investments there. Fauci continues to believe he has a voice in science – he doesn’t – and the gullible still believing everything that comes from his mouth. Fauci, if you didn’t know, was also responsible for spreading fear during the mid 1980’s surrounding the AIDS/HIV pandemic at the time, even going so far as to claim that it was transferable through the air! We now know of course, he was lying, but thousands died from inadequately tested medicines and treatments, all of which he approved.

The claims that there is a viable vaccine solution for Covid-19 and its variants, is utter nonsense! No vaccine in the history of vaccines has been made, approved and shown as successful within a year or so of manufacture. None. Given also that the far-left establishment want to push a third vaccine on people, why is no-one asking why the first two plus boosters didn’t work? (The left of course will say the variants outsmart the vaccine).

On the advice of a good friend who is a Senior Director for a well known pharmaceutical company in my part of the world – I won’t even be considering the vaccine for another 3 years at best or until the results of extensive testing and tweaking are complete. Then again, it’s more likely I’ll never get it, for the same reasons I’m not getting treatment for cancer, leukemia, diabetes or small pox – I don’t have them.

It’s farcical that left-leaning sheep are so ready to believe what they’re told on TV or in the media and just accept without question, that this is the most dangerous virus in the existence of humanity, despite its 99.7% survival rate. It’s also farcical that the world believes wearing a mask made of – quite frankly – material not much thicker than your average toilet paper – can stop a virus in its tracks!

Scientists have already concluded that the virus cannot survive more than 2 hours on any surface, and that the cases amongst the vaccinated now outnumber the cases of those without the vaccines.

Of course the media and the far-left label such information as ‘misinformation’ and unprovable. Which it is in fact, very provable. Thousands and thousands of medical professionals and scientists around the world are coming forward to give the truth on vaccines, the mandates, etc – but all the while, a small handful of liberals just won’t stop clinging to their rhetoric and calling anyone who won’t see things their way as ‘dangerous’.

Yeah, dangerous to their existence as a fear-mongering, money grabbing entity!

Just as you would admonish a lying child, the Democrat party is well on-track for a good admonishing. Along with them, the MSM. If the midterm predictions are to be relied on, and if they come to fruition, then both the Democrat Party, the far-left entities that have supported and aided them over the years, and those who have instigated division amongst Americans, especially the left-supporting media outlets, need to be held accountable. Arrests need to be made and changes made to how information is put out to the public, and from whom.

The same was done for those far-left fear mongers who spread hatred, committed atrocities against other people, lied about what they were doing, etc, during and after WWII. Nuremburg Trials saw justice prevail.

Before ending this post, I wanted to just give a shoutout to the Truckers in Canada, doing what they’re doing for the rights and freedoms of Canadians and all of us really. The ripple effect is now spreading around the globe and despite what the likes of Canadian PM Justin Trudeau claims – ie, these truckers are violent, stealing food from homeless people and hated by Canadians, are doing what they do, peacefully. Indeed, we’re now seeing thousands of posts and videos of these truckers being joined by ordinary citizens, farmers and law-enforcement, cooking and handing out food to the homeless in Ottawa and along the route, all whilst Turdeau is in hiding, claiming he has Covid-19. Of course you do Justin. Do you really think we believe your crap? Especially when you claim that you feel fine – if you had Covid, you wouldn’t be ”fine” at all! Man, you’re such a whiny ass liar!