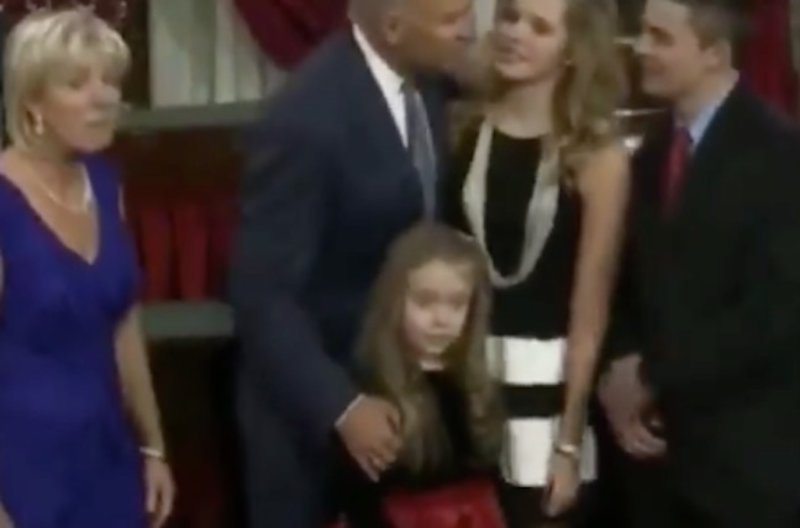 Here in the Northern Hemisphere, we’re well into the summer of 2021. The Olympics in Tokyo and other parts of Japan are well underway, albeit with no big crowds cheering the athletes on and the lowest viewer ratings in televised Olympic history.

The Biden Administration continues its charade of trying to make Americans and the world believe they know what they’re doing. Their latest farce is forcing Border Patrol Agents to wear masks as they watch thousands of illegal immigrants pour through border crossings, untested for the CHY-NA virus. Meanwhile, Ol’ Sleepy Joe continues to ramble incoherently at various gatherings across the nation, and also continues his plethora of lies. His latest Pinocchio moment comes as he gave a speech (I know, I wish I could find a better word) at a truck manufacturer, when he claimed that he “Used to drive an eighteen wheeler“. Is he this stupid that he thinks people believe everything that vomits from his lying pie-hole?

World renowned animal rights organization PETA, despite warnings from Veterinarians and Chimpanzee/Primate experts, have seized 6 chimpanzees from a Safe Sanctuary, after claiming the sanctuary was unsafe and unhygienic. Experts found the sanctuary to be in good condition and a spacious environment where the chimps lived as a group, happily and healthily. PETA however, claimed without evidence that the chimpanzees were in danger of dying from conditions at the sanctuary and a court sided with them for the removal of the chimps to other locations. Breaking the group up means the chimpanzees will NOT survive with other, unknown chimpanzees. Chimpanzees are very group and territory orientated, and are likely to see the newcomers as intruders. The result is likely to be that female chimpanzees will be raped by males and the male chimps from the incoming troop, will likely be attacked by other male chimpanzees, who see them as a threat to their own troop. PETA has continually ignored these warnings and has stated that the group of 6 will be moved to various locations. That in itself is a violation of the animals’ rights to exist in its own troop. PETA appears not to understand the meaning of the word “Ethical” in their name.

Democrats, and in particular, lying quack Fauci, are now claiming that unvaccinated people are responsible for spreading the virus, all while ignoring the now more than 14,000 deaths and almost 200,000 cases of adverse affects from the vaccines, with an alarming number of those cases and deaths being vaccinated people!

Slowly but surely, more and more people in positions of power are speaking out against the ongoing tyranny of lockdowns, mask wearing and vaccination apartheid that has been rearing its ugly head.

Politicians, doctors, scientists and many other influential members of society, are asking to see the data, to see the proof of the claims that lockdowns are necessary, to prove that wearing a face-diaper prevents the spread of any virus (hint: it doesn’t!).

New York City mayor Bill De Blasio is also drawing the ire of residents with his latest suggestion that families might be separated if children aren’t vaccinated! These people have zero interest in the health of you or your children, they are just so blindly enraged with shoving this experimental toxic gloop into your arm, and they don’t give a damn about the consequences! STAY AWAY FROM OUR CHILDREN!!

Last but not least, old Creepy Joe has been called out by the girl he inappropriately touched several years ago while he was VP under America’s 2nd worst POTUS, Obama. You remember her? Well now she is older and is speaking out about that infamous moment, seen by the whole world! You can read more on this story by clicking here.

There’s a wind of change blowing folks, and it’s not going to end well for the Democrats. People are waking up and democrats know it and are running. And if the results of the investigations into voting fraud are to be believed, then Democrats, especially Joe and his minions, need to run fast!