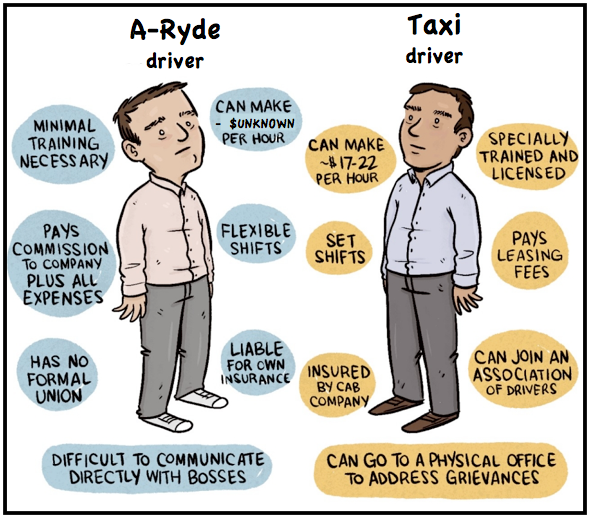 In his latest addition to his scam list, the pimple-faced-sue-happy-clueless-about-business Abe Husein continues his hate campaign against giant share ride magnate Uber, by affiliating with Dashride.

[dropcap]A[/dropcap]be Husein continues to spread his hate campaign and delusional fantasies of becoming the next big thing, against Uber, but now this time he’s turned to Dashride Inc and their affiliate program, as a means of trying to pocket money from the unwise.

As March is in its last two weeks already, I thought it was high time to put another blog post out here, but wasn’t sure if it was going to be more on the vile lies and scamming from the world’s favourite NOT-A-Doctor Leonard Coldwell, or some new posts I intend to write about Peter Wink and Fred Van Liew.

Ultimately I decided that there’s more than enough on Loony Leonard Coldwell and his false claims already. Besides which, I’m currently in some online arguments about him through Youtube. Thankfully I’m clearly winning as one commenter stated:

Leonard Coldwell has cured thousands from cancer. He said so.

Well…if he said so, it must be true!

And as I’ll have plenty to say about Wink and Liew soon enough, I figured a story about something else was needed. But had no idea what until now. Incidentally, here’s a great 2012 piece on Fred Van Liew by Cosmic Connie. Definitely worth a read!

[dropcap]I[/dropcap]t seems that Abe Husein just can’t help himself when it comes to trying to make a fast buck, without actually working for it. And his latest venture proves that even more.

He’s long been on the warpath against Uber, especially since he was fired from using their name as a driver, in August 2015. Something he seems to appropriately ‘forget’ to mention every time he cries about how bad a company they are, etc.

He tried to sue the maker of his last website – uberfreedom.com – claiming that they didn’t provide the site he asked for. Quite how much he actually spent is unclear because he kept changing the claim of how much he spent, from $5,000 to $10,000+. Clearly a trick he learned from fat pervert Leonard Coldwell who also likes to embellish numbers to his own liking.

[dropcap]T[/dropcap]he latest venture Abe has set out on, is to affiliate himself with Dashride Inc, which offers various services related to the Dispatching industry. Abe is not a partner or anything like that, nor does he claim to be. But he does fail to mention that he is an affiliate and nothing more.

On his Facebook page, Abe was asking his followers to go and rate the app. Google doesn’t like it when you try to garner votes for an app on the Play Store by coercion, and as Abe has clearly stated that there is actually no business until summer, it’s clear to see that many of the comments left are outright blatant lies about the services on offer by A-ryde.

But not everyone was willing to lie for Abe but that doesn’t seem to matter to Abe Husein, who clearly has no business ethics. In the screen shot below, he clearly states that he’s trying to build the app up and gain momentum. And that you download the app to support his egocentric idiocy.

Then he falsely claims that his app has more 5 star reviews than any other in that category. Well, technically this is true, but then technically, every single one of them are false reviews of a service that basically, doesn’t even exist.

Dale, I’m certainly not jealous of Abe in any way. I just hate lying scammy douchebags who try to con people. Especially ones that cry like babies when they don’t get their own way.

From my location here in Japan (where I’m clearly not hiding), some of the apps listed under the name ‘Ryde’ don’t appear as they might in your area. So it’s hard for me to make a call on whether or not Abe’s ‘app’ does actually have more 5 star reviews than others. But one thing is for sure, the other apps DO offer a service and are actually up and running, so their reviews are at least genuine!

[dropcap]D[/dropcap]ashride Inc clearly offers a service for affiliation with its company and even goes as far as to build the app for you. For a monthly fee you can access their services and tailor them to your own requirements. Naturally, and like most affiliate service requirements, there are rules to using their services. It remains to be seen if Abe will stick to their rules or sometime later this year start a Dashride Freedom campaign similar to the one he tried against Uber, and start whining how they did him wrong, he lost money, he will sue them, he will not quit the fight…zzzzzzz.

Oh, sorry…dozed off there for a second…that tends to happen when you have to keep reminding the world what sleazy scammers do to try and get rich quick.

You can see a full list of services offered by Dashride on the App Store here. Or you can go directly to their website here.

As for Abe, he first needs to build a business in order to use the app. And while he states that he’s only going to start out in Kansas City, MO, if the business was to grow then he needs to have drivers in different areas. (This might prove difficult for Abe if he starts showing his usual greed and decides he doesn’t want to share the profits with others.) Then he needs advertising, revenue and a damn good set of insurance coverage in all areas, as well as business insurance, tax registration, legal documents drawn up, etc, etc, etc…

Somehow though, I get the distinct feeling he hasn’t considered any of this and will just try to make it up as he goes along. Ultimately, don’t be surprised if he quits in a few months and says some of his usual crap like “It wasn’t the right business model for me.” or “I didn’t like their methods of doing business.”

One thing is for sure though – this won’t be the catalyst that takes Uber down any time soon. If ever. As an affiliate, if you do anything that tarnishes the reputation of the host you are helping to make money for and with, you’ll soon find yourself booted from the system.

Then again, Abe’s used to being given the boot.

One thought on “Are you being taken for A-Ryde?”