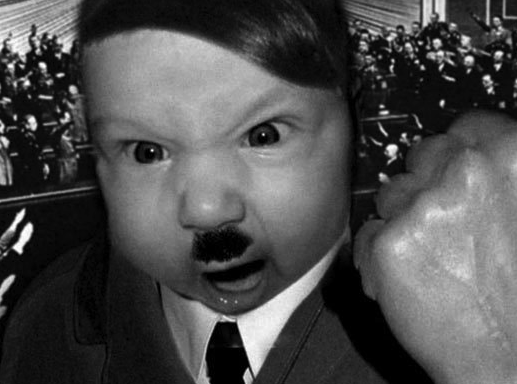 We’re already a few weeks into the new year and 2016 is proving to be rather an unhappy new year for some. The entertainment world has lost iconic beings that have forever shaped our lives in ways Coldwell and Husein can never fathom.

[dropcap]W[/dropcap]ell folks we’re finally here in 2016 already. Three weeks in to be precise and it’s already turning out to be a very newsworthy year so far.

Shortly before Christmas of 2015, Motorhead drummer Phil Taylor passed away. The following month the band’s frontman ‘Lemmy’, was diagnosed with an aggressive form of cancer on December 26th and passed away at his home in LA just 2 days later. It was the end of an era for rock music. You can read more on this story here.

Sadly, just 13 days later, another iconic music legend – David Bowie – who was also battling cancer, passed away at the age of 69, peacefully at his home. The music world was forever changed by his presence and he will be sorely missed. More on his story from RollingStone Magazine here.

Not content with taking two of the world’s most influential musicians from us, God decided he needed prolific actor Alan Rickman, too. Rickman was more lately better known for his role as Professor Snape in the Harry Potter movies. On January 14th he joined Lemmy and Bowie on the other side. Although not a musician, I like to think he was taken for helping set up shows starring Lemmy and Bowie, on a celestial stage of some sort. Four days later, Eagles legend Glenn Frey passed away from complications due to illness, on January 18th. He co-wrote the mega-hit song Hotel California along with several other hit records. He was just 67 years old.

It’s gonna be one helluva gig up there, that’s for sure! [dropcap]W[/dropcap]hile it pains me to put such great legends in the same story as charlatans like Leonard Coldwell and Abe Husein, it’s necessary to give them mention in order to show the world what real humanitarians look like. Lemmy for example, did his part in recording part of a record by which proceeds would go to help rebuild a school in Haiti, following the disastrous earthquakes there. He was also known to give his time willingly to help young people. Bowie & Rickman were both known to support a long list of charities and foundations, a brief synopsis of which can be found here (Click on Rickman’s name to see the same list).

Leonard Coldwell on the other hand, claims to have been a charitable human being his entire miserable and insignificant life, yet when questioned on such things, he flares up quicker than a chip-pan fire having water thrown on it!

Abe Husein also claims to want to help his fellow human beings, but at a price of $10 a month. At least he did until recently quitting his efforts to get Uber drivers to strike in a garbled effort to have Uber pay drivers more.

Coldwell is also no stranger to having his Facebook account stopped by the boffins at Facebook for his blatantly hate-filled rants against black people, Muslims and anyone who dares to speak out against him, like Cosmic Connie and yours truly just to name two.

And this would certainly tie in with Facebook’s recent announcement that they are going to come down hard on users who post hate filled comments about immigrants and ethnicities.

Over the periods of December and January, Lenny showed very little Christmas cheer, almost to the point where I think he may have actually forgotten it was the season to be jolly, instead putting up his usual rants against Obama, the immigrants flooding Europe and America, Donald Trump and others.

Not sure where he’s trying to go with that image, but then again, it doesn’t come as much of a surprise when you consider he’s a total lunatic!

He loves to blame Obama for the atrocious acts of a rogue group of immigrants. Let’s be clear – not every immigrant or Muslim, is representative of the few bad apples that are amongst them: While the above graphic image links to the site it came from, you may have to search for the story and personally, I don’t give much credence to Pamela Geller. She’s another one-sided-hate-mongerer as far as I’m concerned. But Loony gets full credit for his own posting of the image with his ignorant comment.

Other bloggers have started picking up on the actions and rants of Leonard Coldwell, too.

Up and coming blogger ‘Longdog’ has plenty to say in a great witty style on his site here.

If you’re worried about the lack of Lenny’s presence on Facebook recently, well, first of all you need serious medical help if you are even remotely worried about the balding little perv. (Just not the kind of medical help Lenny likes to give) And secondly he’s not around because he has been suspended from Facebook for 30 days for his racist rants and hate-filled typos against Muslims and others.

He’s been trying desperately to hide his English speaking (LOL) presence on Facebook by mainly writing on his German pages. Unfortunately for Loony, many people in the UK, myself included, studied German in school for 3 – 5 years, or have friends who are more than willing to translate for us.

His posts are the usual hate-filled rants, so not much to see there. But one reader, who knows German very well, stated that even in German – his own native tongue – he seems to be unable to string two coherent sentences together well enough to make his points.

But for new year, Lenny has a resolution – he wants to get even:

For those of you that follow this blog, which I appreciate very much, you’ll likely remember this story where Lenny talked about ‘Revenge Insurance’ in what seemed like a very clear and real threat to have harm come to bloggers like myself and Connie. He made threats and attempts to sue other bloggers but didn’t turn up for one case he initiated and had another case thrown out of court when his lawyers realised his claims had all the coherence of a star fish on a chocolate covered mammoth.

Lenny is definitely not the man many of you like to think he is and sadly there are many deluded individuals amongst you that think he’s every bit the great humanitarian he claims to be. But as usual, you don’t ask questions. People like that are idiots.

[dropcap]A[/dropcap]be Husein, Lenny’s one time close friend, has given up on his attempts at getting ride-share monolith Uber, to pay their drivers more money and add a tipping option.

Those of you that know Abe well will know that he’s never been successful at anything he’s put his finger on and has a checkered history of trying to scam the scammers, fiddle the systems and hide his miscreant deeds.

I’m not going to list things here, you can search the site for anything on Abe. But suffice to say, while Abe was actually fired from Uber back in August 2015, he continued to disparage their operations right up until earlier this month.

In his vain attempts at doing so, he allegedly paid publishing company OHS, $5,000 to build him a working site. They did. Abe claimed it didn’t work and set about to sue them. (That case was on January 14th – results to follow). In his claims he first stated he was suing them for the five grand he allegedly paid out to them, and later, that he was seeking $10,000 or more for “loss of earnings” due to the site being non-functional.

While trying to claim that he was putting himself out there for Uber drivers, he clearly tried to work it to his benefit, hoping that thousands of Uber drivers would join his site and pay a required $10 per month fee for access.

One social commentary noted that there was a grand total of 5 members and 2 of those were Abe himself.

That ‘payroll’ for ‘staff’ being Abe.

If you were gullible enough to join the site, you had an option box to check whether you wanted to receive updates via email. Although it really wasn’t a choice if you wanted to join:

Abe doesn’t do himself any favours when he tries to pass himself off as professional and then posts crap like this which included the video below:

When you’re trying to run a successful business or movement you don’t act like a moron and you don’t post insensitive sexist comments on social media. Become a politician and then you can try and get away with that sort of thing.

It remains to be seen what the rest of 2016 will bring for us and no doubt the world is watching and waiting every few days or so now to see if another celebrity will be taken to God’s grand theatre in the sky. The few mentioned here have changed the music and entertainment world forever. They have shaped it and much has been borne from their interaction with mankind. They are true humanitarians!

Let’s hope not. It’s a sad world when good people are taken while we’re left to deal with those who only want to benefit themselves and show zero compassion for the needs of anyone else around them, despite what they want you to believe.

But then again, the world will remember icons like Bowie, Lemmy, Rickman and Frey long after charlatans like Coldwell and Abe have vanished from the vicinity of our purses and wallets.