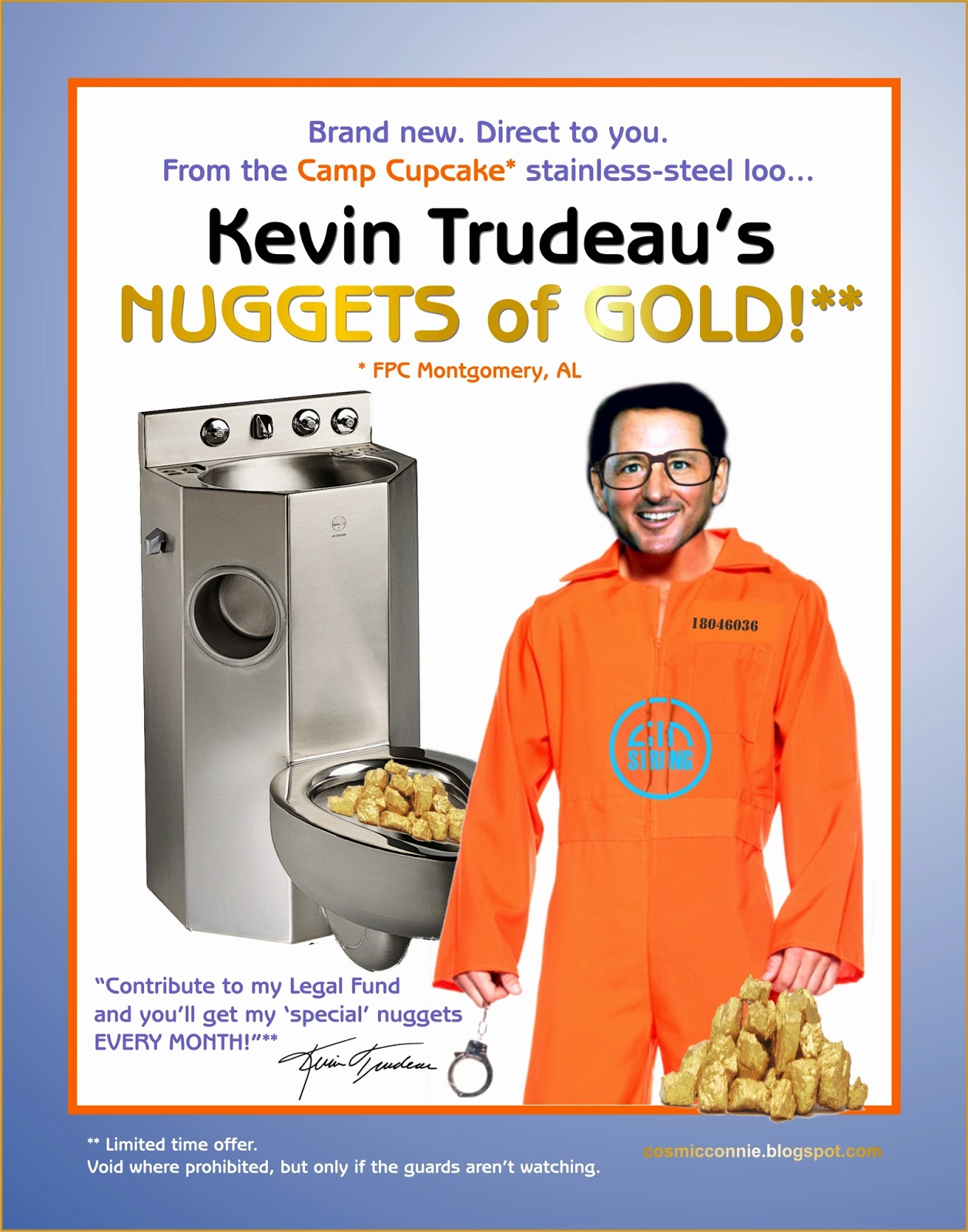 HAPPY NEW YEAR GINTruthers! Okay, enough of that…back to business. Scamming never stops, indeed it is more prevalent than ever! [dropcap]I[/dropcap] sincerely hope you all had a great festive season holiday. Or for those of you that had to work, like me, you found some way to enjoy yourself one way or another without having to be scammed in the process.

The scammers were certainly out in force over the Christmas period, some of whom you no doubt have heard of before, while others you will have ‘met’ for the first time.

Our resident scammer Fake Doctor Coldwell was of course all airs and graces over the holiday period as if butter wouldn’t melt in his chubby little mouth.

Good advice! I suggest we all start by not losing money to fake doctors like Leonard Coldwell, who can’t back up a single shred of any of his claims and whose books have never been best sellers!

[dropcap]A[/dropcap]fter doing a little research (I didn’t have to do much to find out how hated Coldwell really is!) and looking into his book rankings, not only did I find one particular ranking for his Only Cure for Cancer book at more than 11 million, but some of the reviews he doesn’t want you to know about are from accredited doctors! (Real doctors Lenny, not dress up ones like you with fake certificates on the walls!):

[dropcap]W[/dropcap]hile I did find higher rankings for this particular book, it wasn’t listed on anywhere I could see as ever being #1.

And the comments pretty much speak for themselves:

Obviously I’m focusing here on just one simple search. Maybe there are many many others with more positive reviews, but I think some of the comments on that thread pretty much make it clear that Coldwell’s outrageous claims are nothing new and near impossible when you consider the number he boasts about curing – again, without ANY proof whatsoever!

Coldwell’s headline marketing boast is he has cured 35,000 people from cancer at a 92.3% success rate. We know this is false by using simple arithmetic. How many people does he cure every day? 20? Is he a 500-year old elf?

Well, he’s about the right size for an elf, although I think there’s a maximum weight requirement, so that kinda rules him out!

[dropcap]L[/dropcap]oony and Sarah Who have recently turned against their former friend, Liana Werner-Gray and as usual, Coldwell has started spouting lies and hatred against her, despite the fact he used to sing her praises and be all over her at events, seminars and in the studio when she was making her cooking shows. Connie has a whole lot more on that as well as Sarah’s high-pitched whining about Liana over on her blogspot right here.

[dropcap]K[/dropcap]evin Trudeau’s Facebook page has been seeing a few posts going up, not from him of course, but whatever idiot is writing under his name in the painful hope of trying to portray a better picture of this jailed scammer.

And for a small fee, you can get some of Kevin’s Gold Nuggets!

I find it utterly disgusting that the moron who writes these appeals for Turdeau, blatantly thinks that people are really stupid enough to believe the garbage they come up with!

Sadly, many of them are.

But there is a funny side to this charade and that is found in the very same garbage that they write both as Kevin himself and as his intermediary:

I think of Nelson Mandela, being convicted of being a terrorist and serving 28 years in a prison CELL! I think how lucky I am, where I am, and all the opportunities I have! I am so blessed. ~ Kevin Trudeau (allegedly)

We’ve seen this deluded fraudster compare himself to great icons of history before (Skip to the 6:45 mark of the video). That’s part of the reason (a very small part) why people started raising eyebrows and red-flags against him. Comparing oneself to the likes of Jesus Christ, Nelson Mandela, Ghandi and others, when you’ve really done nothing for society except lie to them, steal their money from them, conned them over and over and over – is like comparing anorexia to Leonard Coldwell’s gut as being healthy!

That same writer later wrote another post on KT’s Facebook page, giving you all the reasons why you should pay for the newsletter. These people just don’t know when to quit. The whole post is pitch, pitch, pitch!

[dropcap]A[/dropcap]be Husein has been stirring again recently too and as usual giving his same old chauvinistic pig mentality about the value of women:

Does this douchebag honestly think that’s what women are for? Just objects to be ogled at for his own lack of sexual action? He should take fellow douchebags John, David, Cameron and Mario with him.

Better yet! I have an idea!

[dropcap]HEY ABE![/dropcap] Why not get your sisters to go work at that same club?! Freaking brilliant idea! That way, morons like Mario can take a stack of One Dollar bills with him to stick in their G-Strings (And it would be $1 bills given that he lost a wad of money on Bitcoin recently! How’s them apples, Mario?!) Mind you, it all depends if they’d even be wearing a G-string! You’d have to ask them to be all nude to please John, and of course you’d have to get in the VIP room where…yeah, that’s what I thought Abe. Different when it’s someone gawking at your own female family members isn’t it?! Those women you go to stare at over your cheap ass beer see you for what you really are – a sad pathetic loser who can’t get his jollies in the real world.

You’d think someone who once bleated about running for government office, would have more wits about him than to spout his sexist crap on social media. But like his loser friend Loony Coldwell, he can’t help himself:

No wonder then that this absolute loser, can’t get a date – even though he says he chooses not to. His statement basically means – by his virgin reasoning – millions of couples, including those on first or second dates, those who have been dating for a while and of course happily married couples the world over, who still go out for dinner together (as do I with my better half) after many years together, are basically wasting their time, feelings, companionship, friendship, mutual understanding and memory-making experience of a great night out together, when they should just go get an escort?

These people are getting old, repetitious and meaningless the more as time goes on. But ScamWorld knows no bounds and there will always be scammers.

And as long as they keep coming out of the woodwork, bloggers like myself, Connie, Omri and others, will continue to show them for the true vile scum that they are.

It’s a brand new year, I hope yours is a great one – stay aware, be informed, do your research, question EVERYTHING! Leonard Coldwell’s followers don’t. Nor do Abe’s, Wink’s, Van Liew’s, Barendse’s, Athorne’s, McGarahan’s, Devine’s, McClain’s, etc, etc, etc, etc…