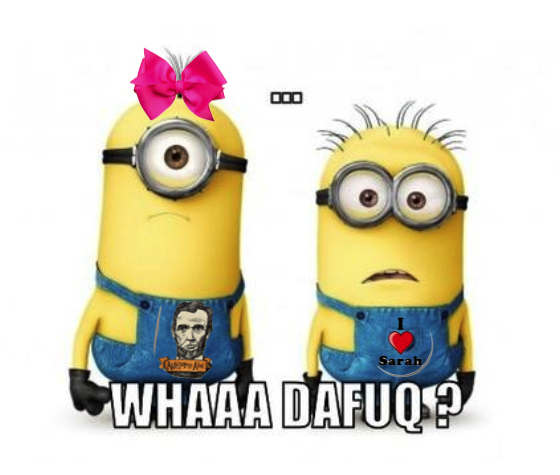 Leonard Coldwell’s beloved pet dog, Blue, passed away earlier this week. My sincere condolences go out for that. But FFS Coldwell, learn when to STFU! Most of you that have been following the Leonard Coldwell fables he comes out with regarding the alleged poisoning of his dog, Blue; the continuous slander of myself, Omri Shabat, Jason Jones and Connie Schmidt for daring to speak out against him; his deluded and utter nonsense regarding his claims to cure cancer (for which he provides absolutely zero evidence!); and his very over-dramatic dramatics regarding his delusional opinion of himself being ripped to shreds by yours truly and those mentioned above; will know by now, that he just doesn’t know when to stop lying!

And it would seem to be that his lies are starting to catch up with him, and even have a few of his loyal minions scratching their heads!

Aside from the fact that when you lose a pet, especially when they’re part of the family, your heart can be broken for a very long time.

It still saddens me when I think of the passing of my own dog, Zara, almost 15 years ago. These days, I look at her picture standing on my table, and remember the great times I had with her.

One thing I would never do is capitalise on her passing for my own business purposes, my own self pity or to defame others.

Coldwell on the other hand, has barely had 2 days without Blue and is already using this sad time to do all the above and more, with his continuous bullshit and lies.

The least not being, accusing Connie Schmidt of murdering Blue!

My heart has been broken today! They murdered our believed dog BLUE! ~ Leonard Coldwell

I’ve kept the spelling in the quote as is. I’ll be posting the screenshots further down shortly.

The pain is overwhelming my tears make it impossible to see clearly. I hear myself crying with all my pain in my inside to deal with the pain!

Yet, he’s quite easily able to see his computer screen, keyboard and false Ph.D’s on his wall!

FB will as usual take this post off because Connie Schmidt has some kind of contacts to get this done and websites will be taken down, blocked etc (Her cell phone number is X-XXX-XXX-XXXX in case you want to ask her yourself, if she was responsible. (All information is Public information don’t take my post down FB dirt!)

Connie has the same contacts at Facebook as the rest of us, Coldwell. When your posts are removed, it’s usually because you’ve been reported for being a complete imbecile! Especially when you publicly post someone’s telephone number and address, alongside your libellous and slanderous lies, inciting your idiotic followers to seek revenge in the form of violence. That’s pretty much the kind of thing a low-life piece of crap like you would do. And all the while, you keep yourself in the background – chiefly because you know you’re bullshitting and you are too cowardly to provide truth!

Whether an address is public or not, say like: 1000 Bonieta Harrold Dr, Apt 9305 Charleston SC 29414-5157 – where a certain fake doctor might live or might not – putting it on the internet with the intention of causing harm to the occupant(s) whether directly or indirectly, is a despicable thing to do knowingly!

The accusation that it was allegedly Connie that ‘murdered’ Blue, is in the information Coldwell gives out by posting a phone number for readers to contact her.

On her own blog site, she’s already received threats of violence, but from another coward who won’t post their name and is obviously dumber than a bag o’ hammers for taking Coldwell at his word without requiring proof of his allegations.

I know it’s painful to read because of the bad grammar, lack of consistency and so many tangents even Google Maps can’t keep up, but here’s the screen shot for the above and the rest of his burbling rubbish: I’ll spare you the rest of the screen shots, as I’m sure Connie will have those on her site soon enough anyway, which I recommend you visit for a lot more in-depth discussion on Coldwell.

I prefer to just slam out the nitty gritty and get right to it. And I don’t beat around the bush.

Suffice to say though, Coldwell continues his rant by claiming to have proof that I’m an alleged child molester along with Omri Shabat in Israel.

First of all Coldwell, you’re the only one that is spouting ‘hate filled lies’ and FFS, stop going on about the ‘Sex Weekend’ bullshit! No woman in their right f***ing mind would actually WANT to have sex with you! Especially not Connie who has been with her partner Ron for 2 decades! You must be jealous because your own marriage failed and ended in divorce!

Well, yeah, that happens when you allegedly get caught molesting patients in your own home by your partner!

Continuing to call me a hacker, setting up false sites, etc…it’s getting old and lame. If I was good at hacking like you wish I was, then I would be making a fortune and believe me Coldwell, I’d close every one of your lie-filled websites down for good!

But sadly, I’m not a hacker. I can barely remember my password for my own email at times, let alone ‘hack’ someone else’s accounts! LOL

And again, I’m not “hiding in Japan” and especially not from the law. I live here and have been here since 1999, legally, registered, with a Green Card, etc. In fact Loony, if you even knew just how hard it is to get in to Japan and become a registered member of society, you would stop your bullshit immediately! But you don’t and basically you’re just continuing to make yourself look like a demented moron all the more!

Moreover, I wish I was being paid by someone in Big Pharma! I’m sure it would be a whole lot more lucrative than working on cars and other vehicles as I do now! Again, sadly, I’m not, but I do enjoy my work and at least I know I’m making my money honestly and ethically! Unlike you.

Time is limited and it’s already late here in Japan, but if I did have “thousands of hours” to write hundreds of posts about you, I’m sure I’d have no time for anything else!

Coldwell has been continuously posting on Facebook all day, in the vain efforts to garner support for his delusional lies. Let’s get to one screen shot in particular:

If my eyes roll any further in my head, I’ll be looking at my tonsils.

IF someone from the pharmaceutical industry really wanted Coldwell dead, he would be. There’s no two-ways about it. My guess is he’s been shot at by rednecks who needed the target practice on a fat moving object. They likely missed due to too much moonshine!

I have proven I can cure cancer

Actually, no Coldwell – you haven’t! In fact, I’ve challenged you many times to prove your claims and you either clam up quicker than a prostitute being paid with a check or do what you do best – try to discredit me with your disgusting desires to molest children!

Where are your publications in noted journals like the American Journal of Medicine? Where are your publications in foreign medical literature you’ve claimed to have? Moreover, where are the 35,000 people you’ve claimed to cure of cancer? That’s a lot of folks and I’m pretty sure a vast majority of them are on the internet! But nope, not even ONE has come forward to give you credit for curing their cancer!

Not a single one!

That whole screen shot just cries out ME! ME! ME!

Let’s get one thing straight right now folks: Connie has NEVER EVER “…published even my mothers name and address…”! EVER!

This will be something Connie will clarify in an upcoming blog post I have no doubt. But Coldwell makes a sad and pathetic attempt to tarnish Connie’s image at any cost. Even by dragging his very old mother and deceased family pet into the frame. Sad and pathetic Coldwell.

I will not start the fight but I will finish it.

You started this fight Coldwell and as we have all seen in the recent past, you definitely do not finish your fights! Or did you forget about this one you tried to start and didn’t even bother turning up for?

As I mentioned earlier, some of Loony’s loyal followers have started scratching their heads and wondering what the heck is Coldwell doing.

Pity really that Abe is only now saying something about these accusations, and didn’t say something months ago when his puppet-master Coldwell was spouting his obvious lies and hatred out on social media!

And with Sarah J and others chiming in with their doubts, it would appear that the noose around Coldwell’s chubby little neck is getting ever tighter: And to the disgusting excuse for a human being who sent me a vile message hiding behind a false email address like the true coward you obviously are: if you had any intelligence you would know I feel for the loss of any animal, including Blue. What I don’t have feelings for are morons like you who take Coldwell at his word when he accuses those of us who dare speak out against him, of despicable crimes without an ounce of truth behind them! Because that’s what doctors with four Ph.D’s do isn’t it? Get a clue dumbass!

One thought on “‘Blue’ is dead! But Coldwell degrades it by continuing to lie!”