Failing at discrediting others, Loony Coldwell tries to re-polish his image. And fails. Again. 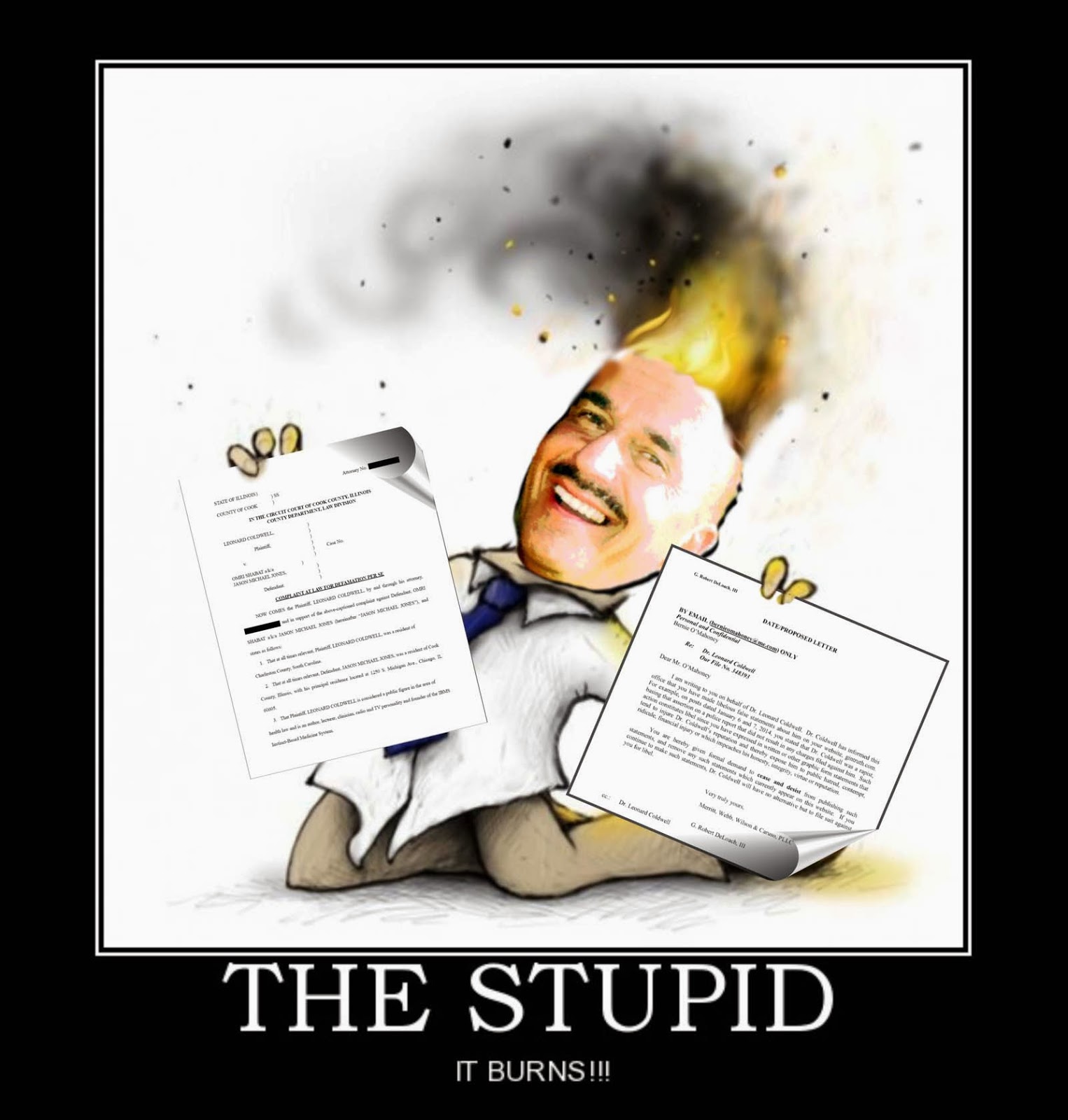 So I wasn’t planning on doing any posts for a while. Not until the weekend at least, but then Loony Coldwell just gives me ammunition to write stuff about him.

So what’s he been saying now?

In order to save face in the recent light of his new website being given a good and well-earned erasing from the interwebz, Coldwell has once again resorted to trying to convince people he’s a leading source of information regarding cancer cures and news the government and big pharma doesn’t want you to know about.

In fact, he’s just outdone himself in the Stupidity Sweepstakes, once again!

Had the bald little perv done his research, before spreading his bullshit across the web as gospel, he’d have known that this has already been debunked as a complete hoax.

Anyone with half-a-brain who is capable of researching on the web, can easily find this information for themselves. But here’s a couple of links just to get you started:

Make of those what you must, but there are many more links pointing to the fact that this is complete baloney.

We know that Coldwell thinks the folks that run Snopes.com are idiots and have no idea what they’re talking about. Which is why they have one of the most successful websites ever to have existed on the internet since the 1990’s.

Coldwell in his usual disillusioned state of existence, will always believe in his own bullshit as reality.

He still claims to be the leading know-it-all for curing cancer and still offers absolutely no evidence to back this claim up. Something that I personally think should be investigated.

As a reader noted on this posting of his, why would he leave Europe where he boldly claims he cured so many (yet no one has ever heard of him there), and could still be curing people for free, (he could literally do this in the UK, where I’ve challenged him to cure kids in Great Ormond Street Hospital. A challenge he has refused because well, he’s a no-morals liar!) and in doing so, would add some credibility to his name.

But he has no credibility, no proof of his claims and absolutely no frigging clue as to how transparent he is! This guy should either put up or shut up, and Coldwell, I don’t mean your phoney baloney claims on Facebook!

After all. If an investigation into Kevin Trudeau’s claims that a diet he talked about was “easy”, then surely a fake-doctor claiming he has cured more than 35,000 people of cancer, should be called to provide evidence as such, and not just taken at his word through Facebook pages and a website where he likes to abuse the very government that gave him his American citizenship?

(He does know that it can be revoked with good reason, right? (Point 7, anyone?)

I’ll have to dig up my links to his rants about fighting the US government etc, later. Unless someone has them, then feel free to add them in the comments section, below.

In the meantime, I’ve found the perfect description of the type of person Coldwell so obviously is:

Lenny has foot and mouth disease…again…