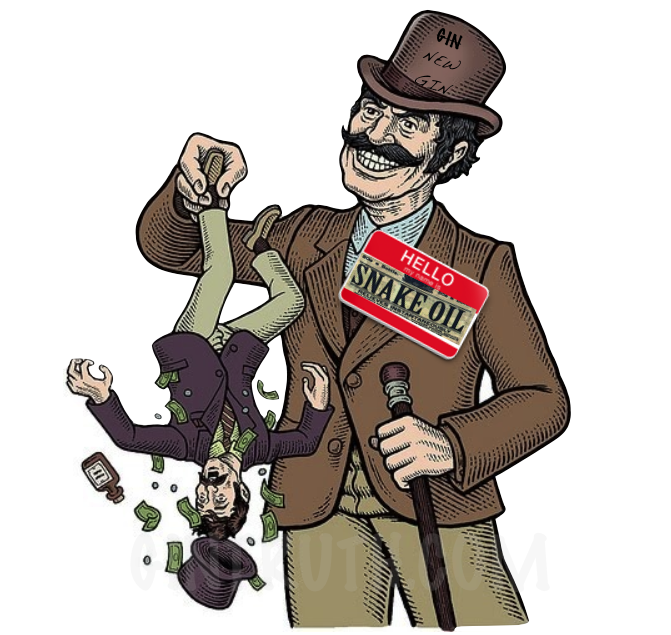 With the recent purchase of GIN by its scammy new owners, the “seekrit club” is wasting no time in continuing the same scam as the old owners were running. And it all starts with Chris McGarahan.

Well it was only a matter of time before the new GIN scam…erm…I mean – club, yes, that’s it, club…would be up and running and out to make you believe you’re a useless sack o’crap without them and their ‘teachings’.

But, up and running they are and it all started this past weekend with a $eminar hosted by Chris McGarahan.

Personally, I think Chris is a nice bloke. Met him on the 2012 cruise and he was far more personable than some of the other speakers, even finding time at dinner to go round the tables and say hello to everyone and check they were having a good time.

Chris McGarahan is a no-nonsense type of fella and gets straight to the point and down to business.

During the slow descent of GIN last year, as Kevin Trudeau was being poked and prodded by the FTC et-al, GIN was being pushed in South America and other countries, in the hope of keeping the dream alive.

Chris was at the fore of pushing GIN, but without of course, mentioning the ongoing saga related to their beloved leader, KT.

And when you keep things from people, who will eventually find out anyway, it’s not really a poster-image for an honest business.

I have no doubt that Chris did a great $eminar with the new GIN, but it begs the question: why in the hell would you put your reputation on the line for a business that has proven untrustworthy in its dealings with members in the past?

Some will answer that GIN is now under new management etc, and the club will become what it was supposed to be. And perhaps it will. My issue isn’t with the principal of the club itself – personally I liked the fact that so many like-minded people got together on the cruises, seminars and membership levels. And as a result, splinter groups have sprouted up all over the world, where like-minded people support each other.

But without the expense that was GIN.

My issue was and is with the facts that KT and others, at his say-so, conned people and told them they’re losers if they didn’t give all their money to him/GIN/the seekrit council. It’s highly doubtful that GIN will ever see the numbers it once did, and it’s also highly doubtful that it will ever have any of its own and original material. The same goes for their pricing too.

Paying thousands of dollars or whatever your currency is, for upgrading, only to find that Levels 3 – 5 were almost identical and Platinum Club was a complete joke, etc…was part of the problem with the old GIN.

Thankfully the internet is a dreamland of wishes fulfilled these days, and much of the material that GIN wants to sell you, is available for FREE via various bit-torrent downloads, etc.

Sorry, for legal reasons I’m not going to post links here – yet!

So, will the new GIN scam be the same as the old GIN scam?

I’d say wait and see, but when you have the same name and same speakers as before, I think the answer is pretty obvious!

For those of you wondering if I’m supporting Chris McG or highlighting his bullish tactics for selling you crap you don’t need – read more over at Connie’s latest post. She gets it. 🙂