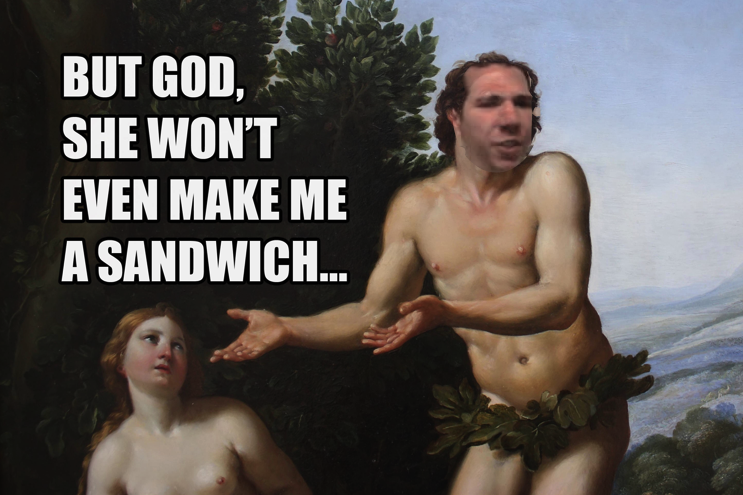 While Trudeau requests to see his parents at their home, Abe Husein wants you to know what a failure you are if you die and can’t take your money with you. You’re also a failure if you paid for breast enlargement – apparently. I’ve been burning the candle at all ends – because there’s lots of ends on a candle – but not through leisure. Through hard work with virtually no time off for the past 3 months.

So here’s a quick catch up of recent noteworthy happenings in the world’s of the gullible, the guilty and the downright stupid.

KT’s recent sentencing where he was handed a ten-year jail term, Facebook saw a plethora of fake Kevin Trudeau pages popping up. Not totally unexpected, but what is mind-blowing, is the sheer number of stupid human-beings on this planet, that totally believe the real Kevin Trudeau has set these pages up!

And they are stupid enough to join the page!

I’ll admit that I joined one of those pages, but for nothing more than merely making sure the number of folks who had joined, were aware that Trudeau is now incarcerated. I was promptly blocked. 🙂 You’d be surprised how many believe he’s still doing seminars!

He may well be doing them in prison – and I wouldn’t be surprised if he winds up running some sort of money making scam while in there!

Incidentally, Dawn Voss used to be on my list of ‘friend’s’ on Facebook. But I no longer associate with anyone who still spouts the KT bullshit. These people usually can’t see the woods for the trees because they’re so deeply entrenched in being told they’re not living right, by scammy scum like Kevin Trudeau and Leonard Coldwell (douchebag extraordinaire), and believing it.

Trudeau requested a recent visit to his ailing parents, but was denied. Does he really think he’s a special kind of prisoner that deserves better privileges than the other prisoners? Sorry, pal! This is what you get for being a lying, thieving, plagiarising scammer! Suck it up and man up!

would have you believe you’re nothing too. But don’t worry, according to Abe, you and millions of others are broke losers, because you are not living your life the way it should be lived – with boatloads of money, scantily clad females and mega-rich friends to hang out with. Okay, so he doesn’t say anything about scantily clad females in this screenshot, but I’m getting to that part shortly.

But aren’t you glad you read that statement by him now? Aren’t you glad that now you know you can never take your money, family or possessions with you when you die? Who’d have thunk it?

And I’m pretty sure your family don’t want to go with you either.

Abe’s still flipping burgers at Sonic Burger, but likes to preach the “you’re a loser unless you’re a winner” line, in the vague hope of getting people to believe he’s got credible information to part with.

There’s nothing wrong with flipping burgers for a living. In this life you do what you need to do to pay the rent, put food on the table and pay your bills.

Even more so if you’ve a family to support.

Many of us have and having a family who loves you, is the richest you’ll ever be in your entire life!! Money is just paper and metal, and while a necessary evil, is not the source to your ever lasting happiness! Abe will never know this until he has a family of his own. Which won’t be anytime soon considering he’s almost 30 years old, and the fact that he’s still single.

And perhaps this is just one reason why:

Abe Husein
There is way too many women getting breast implants. Why would any women want to get fake breast? Who said it was attractive or a good thing to do??? I am confident I can speak for most guys, when I say I much rather be with a girl with small boobs that are real than with a girl that has big boobs that are fake. It just doesn’t make sense why girls get fake tits….
Like · · Share · 26 minutes ago · Edited ·
Armond Robbins, Gary Carlyle Cook and 2 others like this.
Gary Carlyle Cook i can understand it when women lose them through illness and even pregnancy. but i would rather real ones even if they were not the biggest too.
24 minutes ago · Like · 1
Jonathan Bingham The “e” key and “o” key are on completely opposite sides of the key board wth is wrong with you today lol
24 minutes ago · Like · 4
Amy De Angelis probably because men call them “tits” and “boobs.”
24 minutes ago · Like · 2
Abe Husein Sarah, u have a double D is ass size so u have nothing to worry about I’m an ass man myself.
13 minutes ago · Like · 1 Just so there’s no confusion – Abe isn’t speaking on my behalf. Or that of millions of other men. And this is just one quote of several on social media site, Facebook. You can pretty much conclude your own thoughts on this loser from the quotes and screenshot, as well as previous posts on him, right here on gintruth.com.

Abe should just be happy that any girl would be remotely interested in him at all! After receiving a couple of messages from some of his lady ‘friends’ – I use the term lightly – Abe doesn’t know what he doesn’t know. And that’s basically that he turns most women off just by approaching them. Having DESPERATE!! plastered on your forehead, usually stands out a mile.

So at the end of the day, Abe and Trudeau have a couple of things in common: Neither of them are successful and neither of them are getting close to a female for mating, any time soon! Although douchebag Coldwell might and probably will, speculate that Trudeau at least has some chance of getting Bubba’d in his cell.