The noose around Coldwell’s neck is getting tighter…but he’s his own hangman! 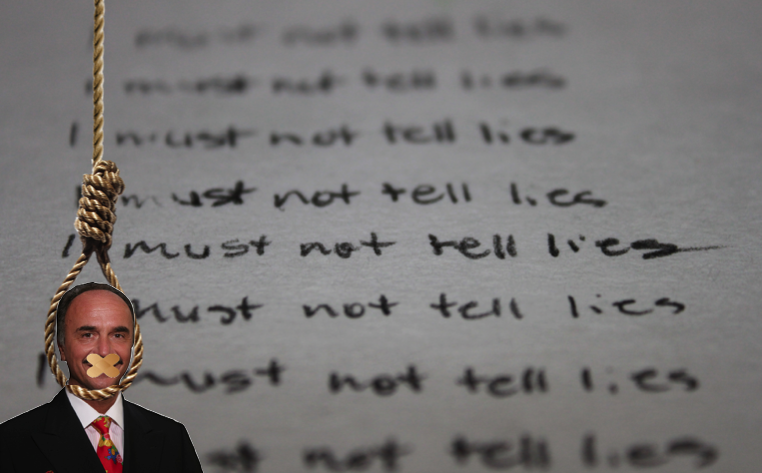 Loony Leonard Coldwell continues to hang himself, pulling his own noose tighter and tighter, as his efforts to scare people with court action, backfire and he’s the one soon to be standing in front of a judge. In recent efforts to claim that he is a legitimate doctor, Coldwell tried to sue Jason Jones of Salty Droid, aka, Jason Jones fame, but has not done himself any favours by challenging Jone’s legal credentials, as Jason proved to the courts, that he is indeed a lawyer, and is counter suing the fake moctor Coldwell.

Unlike Coldwell, Jason Jones knows the law and is now using it to its full potential in a countersuit against Coldwell’s false allegations.

You can see Jason’s thoughts as well as the court pdf’s regarding both the claims by Idiot Coldwell, and the motion set by Jones to have Coldwell’s case dismissed as nonsense, with an affidavit by Omri Shabat of GlancingWeb.com, confirming that he and Jason Jones are two completely separate individuals, in two completely different nations, by reading it here.

Coldwell of course, would have known this if he had done his research prior to filing his dumb claims, instead of merely stating everything as fact.

But, as we have all come to learn – Coldwell thinks the world is just going to believe everything that comes out of his porky little pie-hole! Thankfully, the majority of us use the common sense we were born with.

Having read the post and gleefully grinning like Alice’s Cheshire cat, I’m guessing that in a not-too-distant future, Coldwell will finally be revealed in court for the true lying scumbag that he is. Him and his bullshit IMBSingU Club, as well as his reputation in GIN – both on and off the speaker stage.

Your favourite “Cosmic Slut” has of course written more in-depth about this saga, so when you’re done here, pop over to her blog for more on this story.

And mark April 17th down in your calendar – this is the day Coldwell’s stupidity gets officially noted in legal proceedings, but methinks the damage has already been done, as now he’s been well and truly exposed for the fat little pervy drama-queen that he really is!

Personally, and I know I speak for a lot of other people too, I hope this is the just the start of something bigger, that rips Coldwell’s fraudulent little world wide open, so the morons that think he’s real, will finally see him for the fake, lying, thieving, hands-on-fondler, that he really is!

Let’s hope the investigations into his claims of being the world’s leading cancer curer, start soon and preferably before he can market this horrific monstrosity for his IMBSingU Club! Fast-Food at Sonic Burger, sir? – Then get here early a**hole!