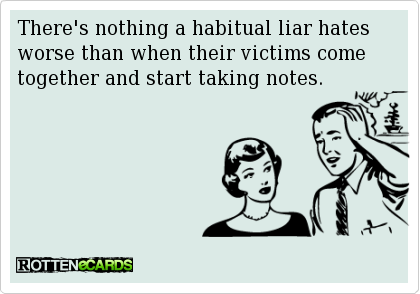 Lenny is up to his usual shenanigans, while Wink spam emails everyone on the old GIN lists and Abe continues to spout feeling successful between flipping burgers. I’ll keep this one short, as I am in dire need of sleep from working more than 14 hours today, but happy to squeeze in a little schnippet or two about our favourite fake doctor, Leonard Coldwell, and his recent rantings. 🙂

Yes, folks, Lenny is up to his usual tricks of jumping for joy when he pulls the wings off insects.

And, as usual, he embellishes the facts – and gets them wrong – again.

One of the good things about being an advocate for the real truth, is that I’m not alone. Most of you know fine well, the works of Cosmic Connie, Salty Droid and Omri Shabat, to name just a few.

At any given time, any one of us, and several of our readers from each blog respectively, captures screen shots of things people write and say on Facebook and other media outlets on the Interwebz.

Like this one from his own website, that totally contradicts anything Lenny is now trying to claim as false about his claims for curing cancer:

He’s so well paid, that he has to use a $30/month legal advice system, rather than talk to a live in lawyer who seems to (by Lenny’s portrayal at least), be attached to Lenny at the ass!

Anyway, back to the quoted screenshot of Lenny’s latest rant:

I just learned that the salty droid AKA James Michael Jones in on the run. After I started to sue him he left the state of IL.

First of all, Lenny, the guy’s name is Jason! Have you got it this time? Cos apparently you seem to have forgotten. As usual. 4 Ph.D’s my ass!

Secondly, he left Illinois approximately 6 months ago, long before your imbecilic brain thought about making up complete bullshit and shooting off your mouth. But that’s what we’ve come to expect with an idiot like you.

Does anybody know where this slimy crook and non licensed non insured wannabe lawyer lives now? Last I heard he lives in a trailer park somewhere after his wife through him out. He may live under a bridge somewhere.

I love that you said this, because you say so much more! Aside from the usual misunderstanding crap – such as Jason not being ‘licensed’ – he is. He just hasn’t, through his own choice, re-registered to practice law, due to his own beliefs in the system.

If you have any info on him or his whereabout or his wife’s address etc, please email to

So, given that when you want to sue someone, you have to serve them with papers to appear in court, etc, you’ve obviously not done that, because…well, you don’t apparently know where he lives!

You also said the Feds were after him now, from Monday, yet no papers have appeared for that case either!

Not surprising (again), that you talk a tough talk and do nothing else. You did the same with me almost a year ago. And you tried this last week.

Oh and of course I have shut down another website that these losers created to commit the Conspiracy to destroy grounds of business and other crimes. One down 3 more to go.

It’s “Conspiracy to destroy a business on the grounds of ……”. Please, Mr.I’ve-got-4-phds, at least try to sound less stupid.

All 4 of the criminals are broke and worthless.

Why? Because we don’t pay $30 a month for legal advice and then get dropped like a hot cake when the lawyer realises what a stupid and pathetic excuse for a human being you really are?

I can live with that.

In other news, Peter Wink spammed many people yesterday with an email for one of their limited invite seminar thingies. You know? The one that requires you to pay at least $200 to get started and then many hundreds of dollars more for useless info? Yeah…that type.

And Abe continues to blow himself, oops, I meant blow himself, with claims of success and sex – while not actually ever having had the latter as I believe ist true according to some of his ”friends” on Facebook. Well, at least a couple of them got it right. And one Abe viewer had this to say on Facebook:

Somebody who is friends with Abe and has gone out drinking with him shared an anecdote that truly reveals how desperate (and unsuccessful) Abe is in the area of picking up women. – anon

So, in a nutshell, the usual bullshit.

KT’s sentencing is next week and Amy King of IMBSingU ‘fame’, had this to say on Facebook:

Amy King
UNITED STATES DISTRICT COURT
NORTHERN DISTRICT OF ILLINOIS
EASTERN DIVISION
UNITED STATES OF AMERICA
v.
KEVIN TRUDEAU
No. 10 CR 886
Judge Ronald A. Guzmán
GOVERNMENT’S SENTENCING MEMORANDUM
The UNITED STATES OF AMERICA submits the following sentencing
memorandum and respectfully requests that the Court sentence defendant to no
less than ten years in prison. Here is the true reason why Kevin Trudeau goes to jail for life and it has nothing to do with the Government ONLY with the countless crimes he committed:
I. History and Characteristics of Defendant
As is discussed in greater detail in the Government’s Version of the Offense
and the PSR, defendant is an inveterate fraudster and liar. Specifically, defendant’s
many schemes (which began as far back as 1984) have included:

2. Using the names and credit card numbers of other people to make
unauthorized purchases.

3. Opening a bank account using a false Social Security number and
representing himself to be a doctor, then depositing bad checks into the
account and attempting to withdraw money.

4. Offering to pay a witness against him to withdraw his testimony.

5. Filing a fraudulent application for lost or stolen traveler’s checks.

8. Claiming to be a reverend who has the power to grant wishes in exchange
for money.

11. Recruiting individuals to join an organization that defendant falsely
claimed was formed by 30 billionaires, collecting thousands of dollars from
those individuals, and recruiting still more individuals with promised
payouts that were never made.
Like · · 8 hours ago

As it’s written on Facebook and by Amy, I suggest not taking it too seriously, for now at least. It could be genuine and correct, but by no means should you accept it as gospel.

I’ll say this though, for ‘Hasani Hacket’ – if that’s even a real name – there are no billionaires behind GIN, and never was. The payouts in GIN were regular for affiliates, but not for promotions, especially the ten thousand dollar promotion, which resulted in less than a fifth of members receiving funds. Get off your crapper and read the facts!.

I’ll bring you more info when I can. Coz that’s how I roll.