Coldwell changes website info while continuing to spout his racial hatred for non-Americans and then some! 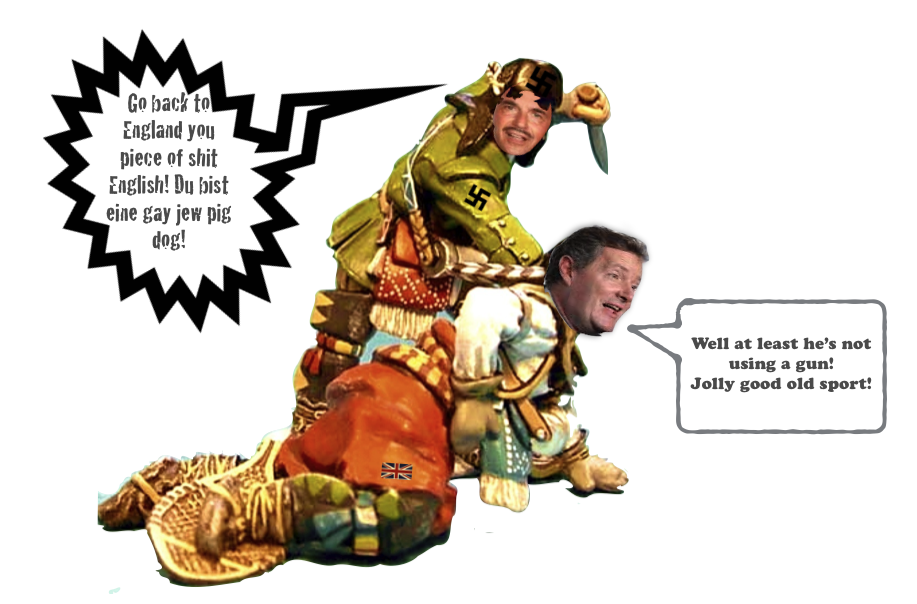 Loony Lenny, the fake doctor, continues to spout anti-government proclamations, while also changing his website info, that reflects his claims of cancer curing. Sadly for Lenny, there are plenty of recorded pages of his claims. Herr Klein also spouts anti-British hatred, while his bum chum Peter Wink, could be talking about how the white man killed America when it slaughtered Indians – it’s not very clear. So, as usual, the bald little twerp continues to spout his usual hatred for anything non-American, despite himself being an immigrant.

If you’re wondering about the above graphic, it pretty much depicts how Loony Lenny feels about TV show host, Piers Morgan, who has been in the media himself recently for wanting to see America without guns.

I’m not going to get into all of that here. But I will say, as a guest of America, Piers Morgan is within his rights to voice his opinions, but shouldn’t really be getting involved with the way Americans choose to live their lives. Unless he becomes one, then he can shoot away – no pun intended.

Lenny had this to say on Facebook earlier today: I love the fact that Lenny thinks, (for want of a better term) he has the right to use such language on the interwebz.

It’s this kind of talk that just goes to show what a true, unprofessional douchebag he really is! Lenny forgets that we also fought against his kind in two great wars, so that the world could be a little bit less crowded with those that want to hate others for being who they are – British; Americans; Gays; Jews; Coloured folks; etc, etc, etc. And yet, here he is, spouting his vile hatred for these people.

He goes on to not only attack the President of the United States, Barrack Obama, but the First Lady too!

Loony goes on to spout more irony as he tries to come off sounding intelligent, with further insults and pot-calling-kettle statements:

I also find it hilarious that Coldwell dares to talk about substance! After-all, the only substance he has himself is the fact that he’s a constant liar and bullshitter!

In the following screen shots, you can clearly see the racial undertones in Loony’s comments. And remember, a strong person doesn’t put others down when they are weak, they pick them up and help them. But Lenny would only help you if you part with your cold hard cash first! 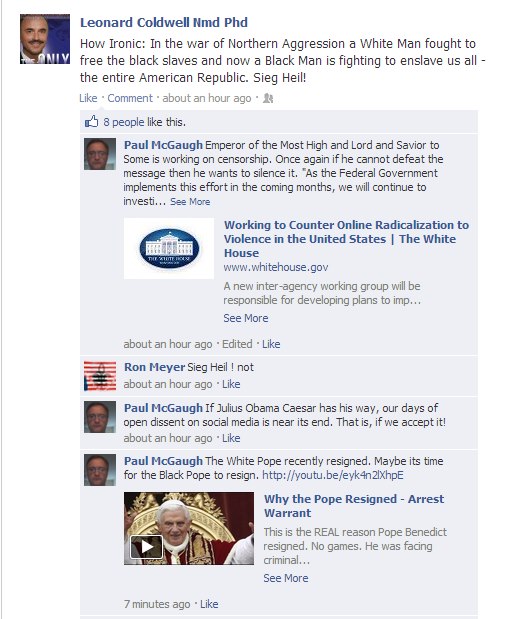 Lenny thinks a black man is trying to enslave you! 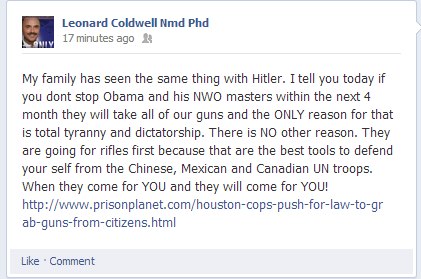 Springtime, for Hitler, and America! 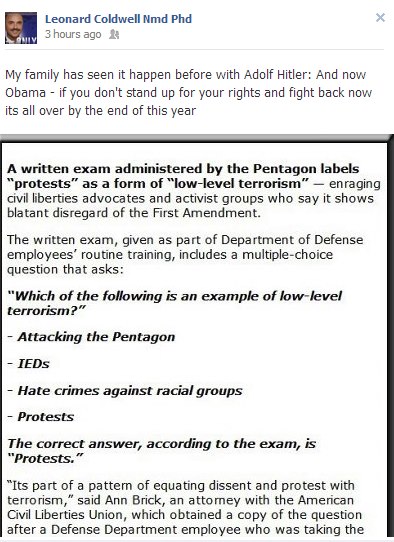 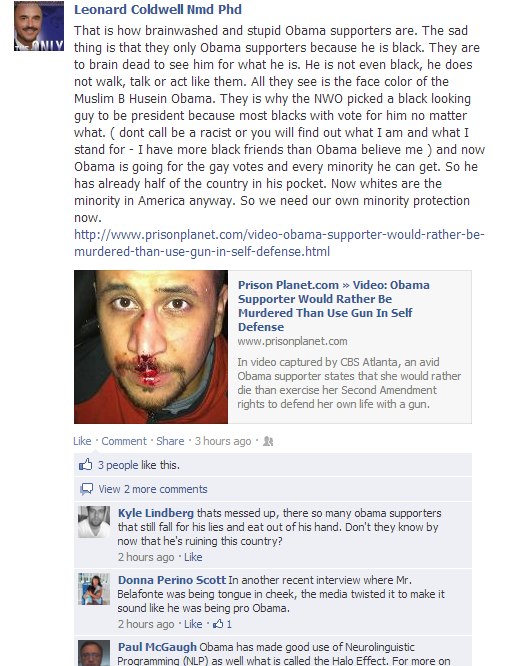 A fool and his guns are soon parted.

A couple of those posts were written a year ago. And obviously, there’s been no implementation of Martial Law or anything else Lenny predicted would happen. Bit like when he predicted the end of GIN – several times.

Coldwell’s sidekick, Peter Wink, has also been jumping on the band wagon, trying to incite hatred for the government. But his poster could just as easily have been written about the oppression of the North American Indians when Um White Man came to stay: As I mentioned in the title, Lenny has been changing his website pages, probably at the advice of his lawyer, so that it doesn’t show him as claiming to have cured 35,000 people of cancer.

Instead, he now claims that:

While he doesn’t say which institute in question allegedly came up with this crap, thankfully, the interwebz isn’t stupid and sites like Internet Archive: Wayback Machine, keep a permanent record of all website pages ever made – more than 397 Billion of them!

This basically means, no matter how much Loony tries to cover his false claims up, there IS a permanent record of everything he’s ever written on the web! And the best part is, it’s not erasable! Besides which, we have screenshots of his pathetic lies and deceit.

I also like the fact that his disclaimers basically make it clear that he is not a qualified professional to be giving medical advice.

If making an easy claim such as “This diet is easy.” can land Kevin Trudeau in jail – how much more so does Lenny the fake quack deserve to be behind bars where he cannot fondle any other women or insult the sick and dying, the coloured, the gay, the jewish, the British, the Americans – basically all of humanity, which he so obviously views as being beneath him?

And kudos to Pamela LeBlanc. I don’t normally support spamming someone’s posts, but I think you’ve done a great job with your Disneyland Ticket offers, on Lenny’s posts!