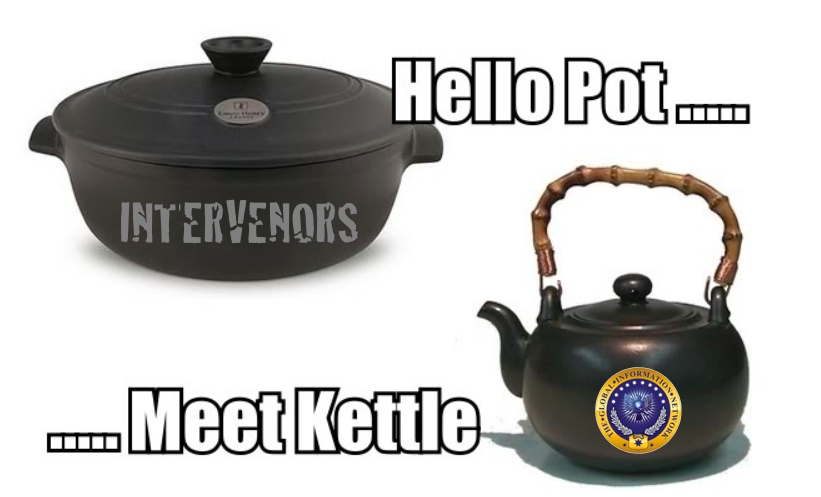 Perry Kiraly calls on the remaining few die-hard GIN leftovers to stand with him against the Receiver. Yet forgets one crucial point about what happened in GIN. If you’re not familiar with the ongoing saga concerning the Intervenors vs Receivers of the GIN debacle, you can familiarise yourself with it over on Connie’s blogspot, Whirled Musings.

In short, Perry Kiraly, the main intervenor, is trying to take over GIN, and have the court-appointed Receivers, kicked out from running it any further.

In a recent message to his few followers, Perry Kiraly is urging members to stand with him and stop the Receiver from withholding money from the current, few remaining GIN members. He had this to say:

Dear SWGF Supporters,
This update is to inform you that Mr. Shimko is in the process of preparing the appeal. Its completion and filing will soon follow. Accompanying the appeal will be a motion for injunction to prevent the Receiver, pending appeal, from continued interference with, or use of, GIN members paid in dues, fees, and cash on hand which currently amounts to approximately $6,000,000.00!

Granting of this injunction and subsequent appeal will put GIN Members in the most powerful position to date to reclaim the assets of GIN that rightfully belong to them.

You can see the rest of the message on Connie’s blog, as well as document links and more, here.

Definitely seems like the pot calling the kettle when you want to stop the Receiver from holding the same money GIN was all too happy to withhold too.

In a recent email by the remaining GIN staff, they continue to make out that all is well in GINland, continuing grow etc…

They claim that they are growing overseas. Indeed, in many countries, the current drama surrounding GIN is unknown. Which is why I’ve added a translate button to the site.

The more people that become aware of the events of the past 2 years, the better. Scam world has no remorse or guilt when it comes to taking money from people and obviously GIN is hoping it can continue to do so, whether it’s directly or through the actions of Intervenors.

Personally, I don’t rate Kiraly’s chances of getting his hands on the GIN reins though. And if he does, it will likely be a very long time away in the future, once the Receiver has finished the task of recovering what they were appointed by the courts to do.

Kiraly is a trier though, I’ll grant him that. But perhaps this time, he’s bitten off more than he can chew. But he’s just one of a handful of hungry scavengers, fighting over the GIN scraps. Ryan Kath follows through on his GIN story…