Leonard Coldwell threatens to sue me for libel – and in his email, states that Interpol is after me! LOL 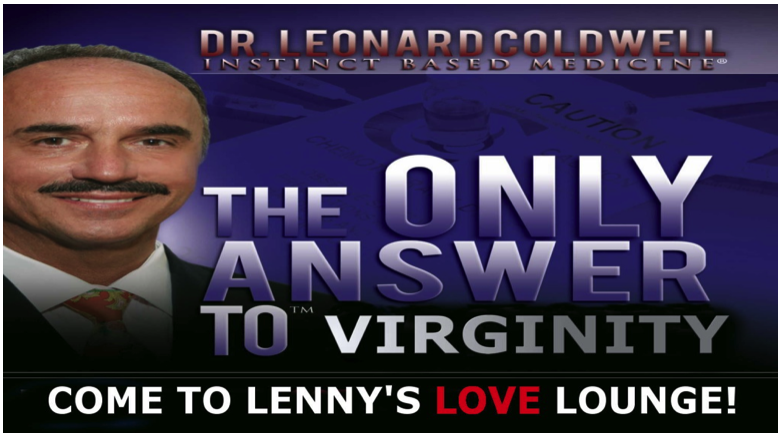 So I just received this email from Coldwell, where he threatens to sue me for libel, and states that Interpol is after me. Let’s get to it. While checking my work emails today, I came across an email, sent from Leonard Coldwell himself. I could explain the entire thing, but well, here’s a screenshot instead:

As you can see in the attached document he sent me (below), there’s no mention of ‘Interpol’ and the letter is merely a proposed letter. I get the feeling Coldwell’s lawyers know fine well, that Coldwell has no way of following through with this, hence only being proposed. The moron doesn’t know the law like he claims, because if he did, he’d know that a letter has to be physically served, on paper, for it to have any legal effect, as well as have a handwritten signature from the representative attorney.

First of all, Coldwell obviously reads Gintruth.com – despite in Facebook posts last year, he said he doesn’t.

Secondly, here’s my response to the above letter and to you, Leonard the rapist Coldwell.

Please do try to sue me for libel. I’d like to see how that pans out given that I don’t live in the USA and moreover, how I can counteract your claims by bringing a defamation claim against you, for slander and libel against my character, both in emails and in Facebook posts, all of which I have screenshots of, as well as the original items.

I would also ask to be taken into consideration, your libellous claims against other bloggers, such as Salty Droid, who writes plenty on Loony Lenny, such as this gem, and Cosmic Connie, again, for which screenshots and original items are in safe-keeping, such as this little collection in one of my Mini-Reads, of your past statements on Facebook to myself and about others.

Point blank Coldwell, I can say whatever the hell I like about you and will continue to do so by exercising my right to freedom of speech, therefore, allowing me to give my opinion however I see fit!

Your threats do not scare me, and as your history has shown, you do not follow through with your legal threats. But please, feel free to do so.

In response to your lawyer, I will be saying the following:

Dear Mr. Robert DeLoach III,
In response to your letter regarding your client, Leonard Coldwell, File No. 348393, I find it difficult to believe that my statement that he is a rapist, which is merely my opinion, and my right to it is not and cannot be challenged, “…constitutes libel since you have expressed in written or other graphic form statements that tend to injure Dr.Coldwell’s reputation and thereby expose him to public hatred, contempt, ridicule, financial injury or which impeaches his honesty, integrity, virtue or reputation.”.

I live overseas, and your client can’t even sue anyone in the USA, although he threatens to do so plenty of times.

First of all, he is most definitely not honest – ask him to produce written proof of his claims of curing 35,000+ people of cancer; proof he studied for his alleged Ph.D’s and for any proof that he is a medical doctor as he claims.

Secondly, I’d like to see any proof that my posts on him have damaged him financially.

Mr. Coldwell, (I will not refer to him as ‘Dr’, as it’s an insult to real doctors to do so), does quite well at ruining his own reputation with his absurd claims, some of which you can clearly see and hear on this website.

He has threatened to sue me in the past and done nothing. Because he had nothing to sue me for that he couldn’t back up in a counter claim. And if he persists in this pathetic charade, I will make a counter claim against him and sue him for every cent he has, for defamation of my character via social media which I can claim impeaches my honesty, integrity, virtue or reputation, likewise. I will further add that he refrains from making claims to have changed the medical world with his cures for cancer, unless he can provide all of his writings which he has claimed exist in publications such as The American Journal of Medicine and others.

Your client is an insult to all cancer victims and those of us that have had to endure the loss of a loved one to this evil disease.

If you must respond, please at least spell my name correctly – it’s not hard to do given that it’s all over my website!

Very truly not yours,

Bernard O’Mahony
BA (Hons), Bus Dip, Cert Ed – these are REAL qualifications, not fake ones that Leonard Coldwell claims to have as real, and for which I and others, can prove are not.

You can clearly see there is no mention of ‘Interpol’ in the letter. Obviously just another Loony Lenny scare tactic, that well, you know…fails miserably as usual.

So go ahead Leonard, sue me. I’ll happily laugh all the way to the bank with a counter suit. And I have the proof and backing to do so. But as usual, you will do nothing because you’re a snivelling little bitch who hates people like me, Connie, Jason, Omri and many others, exposing you for the fraudulent, lying, womanising, conman that you are!

For all the other posts on Coldwell, which expose him for his lies and fraud, just click on ‘Leonard Coldwell’ in the categories list to the right. (List at the bottom if you’re on a mobile phone). There’s plenty to read and Lenny, you might want to do a little reading yourself, if you can keep your dick in your pants long enough to concentrate on doing so.

Now I wonder if I should repost the email Lenny sent out claiming to be the ‘GIN Council’, in an effort to swindle people into joining one of his schemes? Nah, already blogged about that.