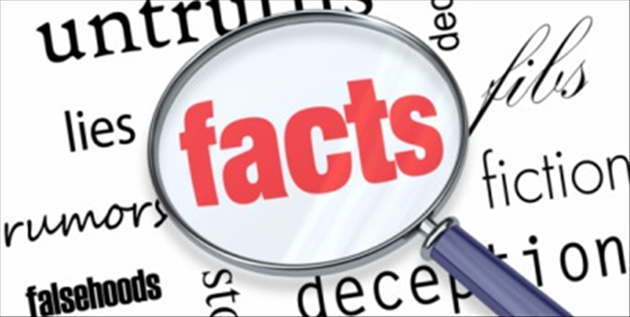 We all know by now, just how twisted and depraved the fake doctor‘s mind really is, but it seems that Loony Leonard Coldwell just doesn’t know when to stop! Bit like someone who claims sexual activity with him will cure a person’s [read, ‘lady’s’] problems/sickness…oh, that’s right, I forgot – that’s what Lenny did according to a police report! So it comes as no surprise that he talks the way he does, about his former best friend, Kevin Trudeau. What makes me laugh is how the rest of his little group of minions, who think the sun shines out of his porky fat butt, believe he’s an advocate for success, professionalism and positive thinking!

Lenny himself believes that too, as was evident in another post he put on Facebook over New Year. Sadly for Lenny, no one agreed with him or even liked the post. It was hard to figure out if he was talking about himself until the question was added at the end of whether it was myself, Connie or James (Salty Droid) that he was talking about. Although, given that there were very few grammatical errors in that writing, one has to wonder if it was Lenny who wrote it at all.

The entire post was comical, and kind of backfired on Loony. Apparently he seems to think that anyone who puts their attention and care on animals, is not a winner in life. Err…okay Lenny…is that another of your fake-doctor-degree analogies?

Who am I?
I have to fill the emptiness in my life with focusing on other peoples success and to try to touch them and their success by attacking them with lies, defamation and slander. It makes me feel better when I can believe that I have some emotional impact on these winners. At least I imagine my hateful and emotional disturbed posts, have any negative impact on them.
I am so lonely and my life is so senseless that I have to waste my life ( hours every day ) to try to diminish the success of the winners I lie about on the internet. No one cares about me so therefore like a little kid I have to lay on the floor, holding my breath and after that I throw a crying tantrum. My way of doing this is to spend all my life being jealous of other people and they wonderful, successful life they have. I try everything to stop their success and to put some pain into their great life with a lot of wealth, love and happiness. I am so jealous that I have to use drugs and alcohol to make it through the day. I can’t handle anymore that they completely ignore me and that my posts and emotional outburst have absolutely NO effect on their happiness and success.
I am so unhappy that I have to cover up my emptiness by using animals to get the attention I seek so desperately. My life is without value that is why I waste my time and fill my internal emptiness with nothing but hatred and to vent this unbearable pressure of jealousy though my hateful posts ( but if you really know me I want nothing else than attention from champions – but they don’t accept or respect me because I have never ever done anything of value at all.
So now you know why I waste my time trying to touch greatness at least in my delusionary existence I pretend they care – but realistically, I know they don’t. They don’t even give me any recognition and they don’t even care about my emotional, primitive and uneducated outbursts.
I know I need psychiatric help but I am to afraid to get it because I believe they will look me up because I may be a danger to myself and other.
I am so lonely, sexually frustrated, scared and unsuccessful because I don’t focus on doing something of value, because I know I will fail, therefore I don’t even try. And to pretend I have some impact in life on something or somebody – I attack Champions. The bad thing is: “ I know they don’t care”
So who am I: Connie? Bernie? James? Or: All three of them?

Let me help you out with this one, Lenny. I’m sure the other bloggers will make comment in their own way and time. But it’s not hard to see why you and your puppets hate bloggers like James (actually, his name is ‘Jason’, which you should know considering he gave you his info when you threatened a law suit on him a few years ago and he actually gave you his name and address), when they write stories like this and this.

First of all, you’re definitely not a champion. You’re a whiny, fake-doctor, who hates the fact that there are people like me, who see through your bullshit and are not afraid to speak out against you, and make an effort to bring awareness about your true nature, to those who don’t see your true form.

And people who care for animals do so because they have something you do not – a heart and soul.

Secondly, and I have said this before, my life is 100% successful and I’m living my dream! A dream I set out to achieve over 24 years ago! Unlike you, I paid for my own education and worked my ass off through college and university, to get my degrees – real ones – while you were busy abusing women, buying degrees from a now-defunct degree mill in Germany, and changing your name in order to hide your disgusting past.

Yes, I live in Japan and yes, I own my business here – which took guts, dedication and a positive ‘can-do’ mind set, to achieve. I still have those qualities today.

Thankfully, as the business practically runs itself now, I have more time on my hands to be able to write about sexual molesters like you, (according to this police report), scammers like Trudeau and deluded morons like that Sarah B person. There’s a certain joyous feeling about revealing the truth to people.

But I digress – I doubt very much that you wrote the above quote – it’s beyond your ability to string two sentences of any meaning together. Looks more like it was written by Sarah.

Peter Wink – Coldwell’s lapdog – has been known to make the occasional retarded statement from time to time. Here’s another goof:

It’s no big news that Janine Nubani is writing the posts from Kevin. But what is wrong with your delusional bullshit, is the fact that you claim to have spoken to someone at the prison. If you had, you would have known that Trudeau does indeed have access to emails, and can send them out too.

As one well known blogger noted after doing her research:

I read the regulations for that facility and prisoners apparently are allowed limited email access — only emails to and from an approved list of people, and all incoming and outgoing emails are monitored.
http://www.bop.gov/locations/institutions/ccc/
…that page led me to this:
http://www.bop.gov/inmates/communications.jsp#e-mail

Well done Peter, you’ve managed to show yourself for the true imbecile you are!

Along with Loony and another one of his depraved and disgusting sexual verbalisms.

Here in Japan, a country which has the biggest sex industry in the world, we have a saying:

Those who talk a lot about sex, are usually the ones that are not getting any. And those are the people who will have any kind of sex just to feel normal.

Sex sells well in Japan – but it’s on record that Japanese have the least amount of sex of most 1st world nations. Just a lot of talk that reveals suppressed desires.

Obviously Leonard Coldwell has some very dark and disgusting, sexual desires he would love to have released!

One thought on “When you make up facts, the truth doesn’t matter…apparently…”