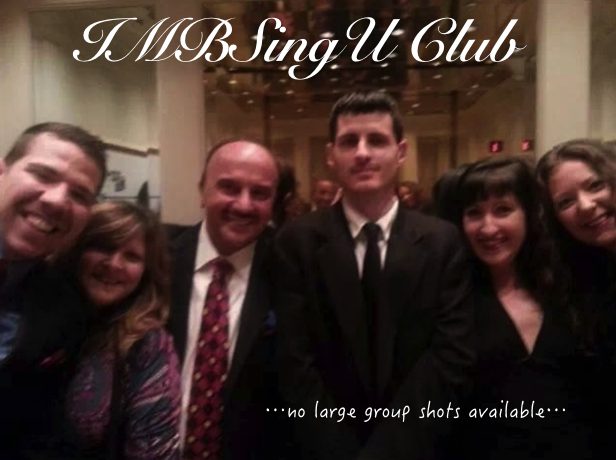 The IBMS Club (affectionately referred to as IMBSingU Club, just had their weekend away in Florida. But after enquiring minds asked about attendance, the deletions, ignorance and bullshit, started flowing. Again. As usual.

Over the past year, the members of the IMBSingU Club, hosted by the two well known liars and scammers, Peter Wink and Loony Fake Doctor Leonard Coldwell – of sexual predatory fame – have deleted, added, re-added, and re-deleted, comments, page members and basically anything that puts them in the truly bad light they deserve to be shown in.

And after their recent weekend in Florida, they’ve been more active than ever. Especially Abe Husein. No doubt ego has played a massive part in his recent blocking of people from his page(s) after this weekend. And as usual, Coldwell is the one to blow him. I mean, blow his ego. Probably. And one blogger stated:

Anyone who would support a sexual predator in hopes of making a profit is probably enough of a narcissist to never get beyond the video game level emotionally. I suspect that it wouldn’t bother Abe that much.

Another Facebook user who tried to garner info on the recent weekend, quickly met with Abe’s interpretation of the First Amendment. Something he has been quite good at doing with anyone who doesn’t agree with him, talks foul of Loony Len or Wimpy Wink. But he’ll gladly leave up comments that are derogatory to women.

For well over a year, Loony Lenny has been talking about forming a militia, and he took full advantage this past weekend, to use the facilities at the Wyndham Resort Hotel in Florida, to flash guns around and put them in the hands of the untrained.

If these idiots were to try and overthrow the US government, it’d be over in less than 5 minutes, and the rest of us could just go about our business.

As the unfolding saga of GIN has occurred, Loony Lenny has had high-hopes of turning his IMBSingU Club, into the GIN equivalent. Albeit, through lies, bullshit and deceit.

It would appear from the deletion of comments on his Facebook page, and Abe’s, that turnout at the recent weekend fling was nothing spectacular, especially in terms of numbers. That would explain the lack of pictures and there being no large group pictures of all attendees.

Upon his return, Abe gleefully gloats on Trudeau’s recent courtroom begging to be released. Abe failed to notice that this was old news.

Abe Husein
GIN UPDATE!! I have been out of commission this last week and a lot has happened in the GIN world. Here it is for those that don’t already know. I got word from a current GIN staff member at the office yesterday. KY went to court again last week and literally started balling his eyes out, begging the judge to let him go. Ya what a great leader.

Also, 1500 members dropped out December 1st! Also, there has been a MASSIVE amount of chargebacks made by members who left. GIN had their merchant account threated to be taken away this month because of all the chargebacks. That is no joke! That is the ONLY way to get your money back at this point. Do a chargeback from your bank.

Several people have contacted my asking me how to do a chargeback. I have explained it countless times, but I will say it again. Just call your bank and ask for a charge back for your membership dues and any other money you spent on GIN based on the fact that is false advertising and you did not get what you paid for. Your banks will give you the money you spent the last 90 days in GIN. Its very easy to do.

This was when the blocking and deletion of comments began on Abe’s page. As duly noted by Connie Schmidt who has done more to reveal the frauds of Trudeau, Wink and Coldwell over the past several years, than anything Abe has done his entire, miserable ego bloated life. Click the screen capture below to view the link on Connie’s blogspot. Abe, again fails in his ‘advice’, and proves he knows nothing of the law, and has not bothered to read the court documents at any point in time. If he had, he would know that any attempts to do a chargeback will be met with a wall of legal technicalities, while GIN is under Receivership.

When a company goes into Receivership, absolutely no redress can be incurred with the company, until Receivers finish their business. And providing they don’t liquidate the company in question, which hasn’t happened to GIN, despite Abe’s wishful thinking, then and only then, can you do a Chargeback. Whether it’s successful or not, really depends on how you approach your bank and how they judge the situation. After all, they’re in the money business to make money, not give it away.

I could post comment after comment about how posters have had their questions ignored, deleted and then been blocked, but I think by now you guys get the overall picture.

And an interesting point to raise is, How does Leonard Coldwell intend to explain his spammy emails from his .de email account, claiming to be from the GIN Council, now that the Receiver has determined, and GIN has admitted, that there is NO GIN COUNCIL? Lenny? Hello?

Some good questions were raised recently including:

Has anyone else noticed that Werner-Grey has disappeared from anything associated with Lenny?

and this amusing question, with an element of truth behind it:

If Lenny is so sure his BePureCleanse is so great, when will the fat little bastard start using it himself?

I guess a picture speaks a thousand words.

But just to show I’m not all about putting people down. I do want to help them…so here ya go Abe…this might help you achieve puberty before 30.