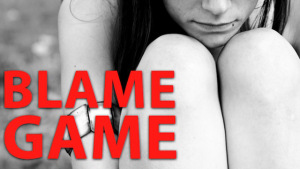 Abe talks a good talk when it comes to slandering others. He’s made that obvious from his rants against anything and anyone to do with GIN, or anyone who speaks against him and fake-doctor-with-no-credentials-to-prove-he-cures-cancer Leonard Coldwell. And now, not only has he jumped on Coldwell’s chauvinistic rants against women (or “wemon” as Abe spells it), but he’s now attacking Jill Reed, exemplifying his hatred!

I met Jill Reed before boarding the GIN 2012 Cruise, in Miami.

Having seen her campaign efforts on the internet prior to the event, I was pleasantly surprised to find myself standing next to her, in a line, waiting to board the Norwegian Pearl. Jill was making her presence known from the other side of the barrier.

Recognising her easily – that flowing red hair and big, unforgettable smile she has, I held out my hand and introduced myself. We shook hands and I told her how I’d been kind of following her efforts via social media and other links. And even though I’m not an American, I wished her well in her campaign. We exchanged some niceties and the cruise line began to move forward, and that was that.

All in all, Jill is the epitome of the true American, believing in her dreams and wanting only the best for everyone. And I do mean, everyone! There is nothing false about Jill Reed and I admire anyone who gets up and at least tries to make a difference for the greater good of all.

Abe Husein can claim the same, I suppose…to a degree.

As you all know, Abe is crowing like a 4 year old in a candy store, about the upcoming movie about Trudeau’s life. Sadly, it looks like the producers are listening only to Abe, but they would love to hear from anyone still in GIN, or with a story to tell about their GIN experience. (You can submit your story by clicking the blue box to the upper right of this article and filling out the form that comes up. Nothing is read by myself, and the system will pass emails on to the writer that would like to hear what you have to say.)

Despite what Abe and his cronies of Coldwell, Wink, Sarah, and a few others with false accounts on Facebook think and say, neither myself nor anyone else is taking anything away from Abe. But the fact remains, Trudeau was well under investigation and tied up in legal red-tape, long before Abe appeared on the scene.

Sadly, this is something that Haterade drinkers like Coldwell and Abe, fail to acknowledge. Instead, Coldwell especially, prunes Abe’s ego with statements such as:

You and you alone did this Abe.

I guess when you drink enough Haterade, or should that be Hatterade?, you really do start to believe your own lies and delusions!

So you can imagine my surprise, that Abe, who claims he is trying to help people, while calling them all losers, verbally attacked Jill Reed on Facebook, and Jill’s not even sure they’ve met!

That’s kind of ironic really, because in posts written on group walls that Abe and his little minions think I don’t see, he and Sarah B, claim that we (myself and others who have brought you the Trudeau and GIN happenings), don’t know anything and have no clue! Ironic because I don’t write anything without proof. That means doing research. Something I have yet to see Abe do in any manner that brings up undeniable facts and evidence, of his own findings, not copied from Scribd.com or other blog sites, skimmed over faster than Trudeau moving money overseas, and giving his facts based on nothing more than bullshit from Loony Lenny and assumption of what might happen!

Aside from his shitty attitude, there is such bitter-sweet irony in his words.

You people are truly the scum of the earth. Praying on people with big dreams and high hopes in life. Saying whatever it takes to get them to open up their wallets to you.

I was a little confused at first, because although Abe is ranting against anyone who uses the GIN model to do business, I then realised, he could just as easily be talking about Leonard Coldwell and Peter Wink’s new IBMS Club (IMBSingU Club is a more accurate term.) But to talk like this to anyone, is just unwarranted. And obviously Abe thinks he’s some kind of big shot in Hollywood circles now, just because he’s in contact with a producer. Pfft…he’ll be forgotten about once his usefulness fails to provide anything of any real substance. That’s how show business, and indeed, any business, works.

Jill Reed shows her true spirit and integrity with her response to Abe:

Clearly, Abe is not strong and not in the market for lifting people up. Unless there’s something in it for him. He makes that clear when he was discussing Coldwell’s offer to get him selling supplements to cleanse your system out. He was clearly in it for the money. (scroll to the blue bordered screenshot).

But then, Abe has never been good at making smart choices. Even suggesting people ignore the police. It is true that you don’t have to answer any questions, under your 5th Amendment rights. But I guess if you have nothing to hide and know you were within the law, why make life any more difficult for yourself? Especially if you know you’re breaking the law – the officer is going to know sooner or later. And manners cost nothing. Cops have a job to do too.

Here’s a screen shot if you don’t want to read the entire post:

And then there was this nugget from Abe, earlier in the year. Seems like he’s taken a few lessons in being a chauvinistic pig, from fake-doctor Coldwell: But if you still feel Abe is the man to praise as an unsung hero, go right ahead. He might even ask you to join him in fighting the government:

I’m seriously not taking that out of context…those are his own words right there. And, like Jill Reed, who has shown nothing but kindness all along in this, I guess Abe is simply following his right to dream of a better life too. Nothing wrong with that, nothing at all. But you can’t claim to be fighting a good fight by drinking the Haterade.

Naturally, I expect to see posts on Abe’s Facebook page(s), from his minions and himself no doubt, that I am just “..one of the circle jerk crew that don’t know what’s going on”. They must all have special T-shirts.

Good job I have a t-shirt of my own. Maybe I should send them as Christmas gifts to the upcoming militia bootcamp?!