Trudeau to be released from jail – Claims no more hidden assets. 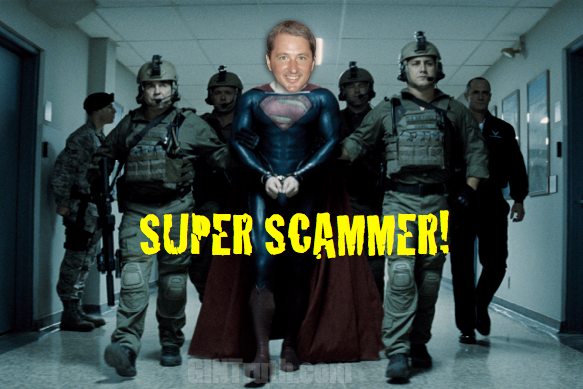 Trudeau has spent a week locked up in a jail cell after failing to disclose hidden assets to the Receiver, Robb Evans. He will be released, Monday October 28th [USA timeline], after claiming he has no further assets hidden “that he knows of”.

Trudeau has claimed that he has no further assets “that I know of”, in a motion to release him from incarceration. Can he be trusted to be telling the truth? Recent history has proved this to not be the case, after he was already jailed for failing to disclose offshore funds.

Time will only tell if he is playing games with the courts – again. It would be hard to conceive a notion that Trudeau is actually telling the truth this time, and his claim that he has no assets that he is aware of, is more likely a clever ruse to keep pulling the wool over the eyes of the judge via linguistic chess.

Ironically, when Trudeau claimed he had merely forgotten about some of his assets, the judge reminded him that perhaps he should have read his own Mega Memory book!

Here’s a recent report from the website of the Chicago Tribune. You can view the story on their website here.

Kevin Trudeau, who spent the last week at the Metropolitan Correctional Center, was warned by U.S. District Judge Robert Gettleman that he could face perjury charges ‘if there are any other assets that are discovered or turned up … or that I find you control.’

A federal judge agreed to release TV pitchman Kevin Trudeau from jail Monday after the infomercial king testified under oath that he had divulged all his assets to the government.

Trudeau, who spent the past week at the Metropolitan Correctional Center, was warned by U.S. District Judge Robert Gettleman that he could face perjury charges “if there are any other assets that are discovered or turned up … or that I find you control.”

Two of Trudeau’s lawyers huddled with him for several minutes before he testified under oath.

When the judge asked if he had any other assets to disclose, Trudeau replied, “None that I know of.”

Gettleman has ordered Trudeau jailed twice in the past six weeks to try to force him into revealing millions of dollars in assets that federal authorities suspect he has hidden in offshore accounts and sham companies.

Trudeau, 50, was banned by the Federal Trade Commission in 2004 from misrepresenting the contents of his popular book, “The Weight Loss Cure ‘They’ Don’t Want You to Know About.” Regulators said he violated the order a few years later, and Gettleman ordered him to pay a $37.6 million fine based on the number of books sold.

Gettleman said he was reluctant to keep Trudeau locked up so close to trial because it could hamper his ability to prepare with his lawyers.

Trudeau is due in court again next week for his Criminal Case. As a result, he could wind up back in jail for that case or his ongoing Civil case. If so, he could be behind bars for up to 15 years.

Again, given his history of incarceration, he’ll likely use the time conning other inmates out of smokes, TP and shaving cream, all while dreaming up his next scam for unleashing on the gullible upon his release.