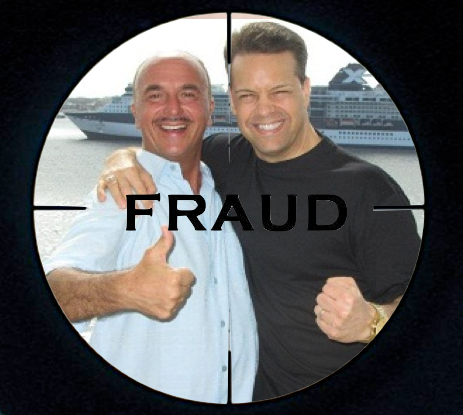 Lenny still harping on about the RICO Act; Wink and Lenny with their tongues firmly up Abe’s butt and Abe sucking it up as if it was all real! No explanation needed today. The screen shots of Lenny’s usual idiocracy, speak for themselves. Cue puking: Let me explain something to you Peter – the government is NOT managing GIN – the Receiver is. Big difference

But you do win our Ass Kisser of the Year Award: Cosmic Connie has a more in-depth posting on why Wink is suddenly referring to Abe as ‘Ghandi’ like and using words like ‘Namaste’.

Well at least he got that bit right. Some of us are calling out Peter and Loony Lenny for their part in the fraud too! And Lenny…here’s a little piece of info you might have overlooked: GIN started paying back the 30% with-holding tax about 6 months ago. Pays to be informed, instead of just being an assuming idiot.

Still harping on about your “legal team” Lenny? Shit…I’m still waiting on hearing from your “legal team” – you promised to sue me…but as usual, you’re full of bullshit and just spouting nothing but hatred amidst your own delusional speak! And if Loony really believes his own bullshit, then both he and Wink should pay back every penny they made in GIN, because quite obviously, that money belongs to the Members, and not them!

And Lenny didn’t really go there with the Nuremburg thing, did he? OMG, he did…what a loser!

I guess anyone who believes this idiot’s deluded bullcrap, will likely believe the GIN Justice Team actually exists.

I find it comical that these two ass-hats speak volumes about fraud, all the time being part of it, and likewise, claim that GIN was a fraudulent club, while running a fraudulent club of their own in the form of the IMBSingU Club. (let’s not forget their persistent claims to be the only club of their kind; being in business for a long time; results only they could achieve, and their continuous delusion of self-worth)

And Lenny really proves himself to be the DOUCHEBAG OF THE CENTURY with stuff like this: I know people with real Ph.D’s that would never talk to anyone like that, let alone make stupid and pathetic allegations, that show nothing but his vile hatred for anyone who dares to speak against him or his puppet boy, Abe. And Connie Schmidt has never been paid by any group to suppress information about cancer cures you moron! Just because she, myself and others, speak out against fraudsters like YOU, you have to lie about things in order to try and come across as the wounded soldier in all of this. TRUTH is, you’re anything but Lenny.

You’re actually nothing but a sniveling little mummy’s boy who thinks the world is fooled by your fake credentials and unfounded allegations against others, as well as your fake quackery claims to have cured thousands of cancer! You’re a pathetic liar, Lenny.

Leonard Coldwell, sexual deviant, finger-pointing clown who laughs at anyone with cancer and blames them for having it, including kids, who claims to have cured 35,000 people of cancer, with absolutely ZERO EVIDENCE – you sir, need a lawsuit against you for fraud, lies, misconception and sexual harassment as well as defamation.

Or a punch in the face. Either is fine with me.

And I respect the writings of Connie Schmidt immensely. Especially given that she has been writing on Trudeau since long before Abe was ever involved and no doubt long before Lenny got fat and bald, and long before Peter Wink wrote about himself in the 3rd person tense to bolster his flagging sales and image. For Loony Lenny to keep claiming all of the events surrounding Kevin Trudeau are because of Abe Husein, just shows how stupid these people really are!

Or perhaps it’s as someone has suggested in discussion groups via social media sources, that Abe is being made the focus of attention by Coldwell and Wink, in an effort by them, to avert attention from themselves. After all, they know full well that they too were responsible for a lot of the fraud that was ongoing, and would love to have people forget that little fact. Pushing the light on to Abe, is a cheap shot at best, but Abe seems to like having his sphincter tickled by snake tongues.