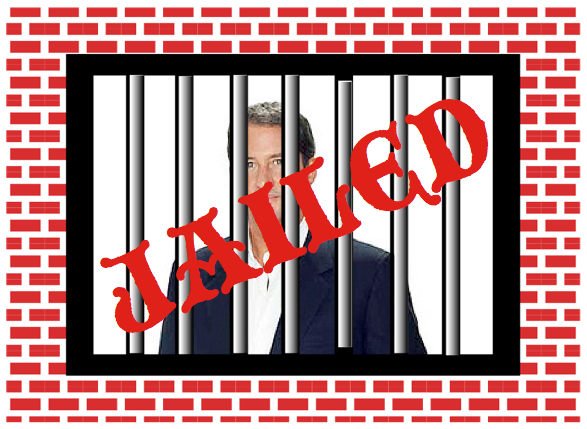 Kevin Trudeau transfers money from an undisclosed bank account in Australia and meets the wrath of the receivers and Judge Gettleman, resulting in his incarceration!! Part of the agreement with the Receiver of Trudeau’s assets (et-al), was that Kevin Trudeau live only off an allowance as allocated by the Receiver. Trudeau failed to disclose his Australian bank account, from which he transferred the sum of $20,000 and used a Debit Card from the same bank, while arguing that he believed he had the right to do so.

The full story as reported by ABCNews, can be found by clicking here.

Trudeau was previously, just a few short days ago, begging for money to the minions that are still stupid enough to believe he’s being picked on by the US Government.

It’s a sad thing to see how the man who had it all, has fallen so far.

Personally, I don’t think the $37.6 million fine is justified, simply for saying that a diet is “easy”, and calls for Trudeau’s incarceration for life are just a tad OTT, in my opinion. But, Trudeau has played the law for a long time and it’s finally starting to catch up on him. He’s gone too far and treating the court with further contempt was really not the smartest move he could have made.

The likes of Peter Wink, Fake-Doctor lunatic Coldwell and others, are still singing the praises of Abe Husein, and saying that all this is because of him. Then again, delusion knows no bounds amongst scammers. It remains to be seen how long Trudeau will be staying in his new hotel suite, aka, Metropolitan Correctional Center. But it’s not expected that he will remain there indefinitely. A brief meeting with the receiver will determine what happens next.*

Hopefully Trudeau will avoid jail in his upcoming November Criminal Trial, but for tonight at least, he’ll be thinking of harmonica tunes and holding on tightly to the soap.

*UPDATE 20th September – Trudeau released by Judge Gettleman but warned he may face jail again if he has not been forthright with the receivers.

See this NBC Chicago News story on his release.

(Videos may not be viewable outside the USA.