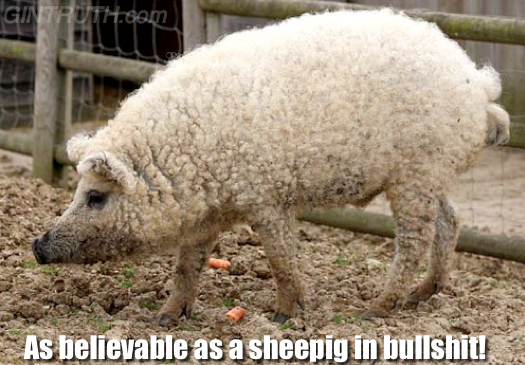 Since reading my story on his aliases, which he uses to bolster his self-esteem, Abe has changed his ‘Angel’ account name to ‘Sarah Smith’. But as usual, he’s absolutely no good at covering his tracks. See below. He changed the name but didn’t realize that the information stays on the same links, posts, etc. The above screenshot clearly shows this as one person has clearly written to ‘Angel’, but the account name has since changed to ‘Sarah Smith’.

Seems like Abe is learning well from Loony Lenny when it comes to using aliases and trying to bullshit people.

Thanks to the person(s) who sent me the info earlier today – it must pain Abe to know that there are people willing to help bring the antics of him and Coldwell to light, and that it’s easy to do so, because they are in his little group(s).

This probably explains why he’s made his YouTube videos private in the past couple of days. Obviously can’t contend with the criticism that myself and others leave on his posts. Not surprising really, that’s pretty much the way a liar operates. Exaggerate the truth — get called out on it — try to cover your tracks and fail — block anyone who doesn’t agree with you or easily exposes you for the charlatan that you are! I won’t mention any names of course, but there are those in the Loony Lenny, Slimy Wink and Gullible Abe camp, that are starting to see the light and voiced their concerns. Thank you to those folks, you know who you are.

Truth hurts as they say, and the Three Stooges think their stink don’t stink.

Talking of drama, Lenny is up to his usual shenanigans of embellishing the truth too, while foaming at the mouth and believing that people actually believe him. Well, to be honest, there are still a few misguided has-beens that do believe him, like Sarah. You remember her, she’s the one that thinks her and Lenny were brother and sister in a previous lifetime, believes she can sing and thinks she’s God’s gift to men. They aren’t, she can’t and she isn’t.

But anyway, back to Lenny.

Coldwell is truly stupid if he believes even for a second that Trudeau would wind up sleeping under a bridge or be homeless. Wait, let me rephrase that…Coldwell IS truly stupid…. Yes, that’s more accurate.

And despite claiming to have millions of followers all over the world, Lenny only ever seems to write to Abe on Facebook. But I suppose when you’ve got a pet, you want to spend as much time with it as possible. And Abe surely is, Lenny’s pet. Obviously though, Coldwell is not as conversant with US or international law as he likes to think he is. If he was, he would have informed Abe that recording a phone call without first informing the other party that you are doing so, and then gaining their permission to do so, is an illegal act. Abe though, says in a Facebook post to several responders, that after calling the receivers, he’s really not worried about any action that might be taken. I bet he’d soon be worried if it was him that was spending a couple of years in a jail cell with Bubba, instead of KT!

Perhaps Abe believes that by setting his videos on YouTube to ‘private’ mode, he is hiding any evidence of recording his conversations with the receivers and their attorney? Or did he forget that myself and others have already recorded and saved his videos for …ahem…posterity?

And just for your own good, I wouldn’t recommend calling the receiver for an “urget refud”. Abe and Coldwell, in their blind rage for us hatters, forgot to bother reading Cosmic Connie’s waterproofed documents of the actions that are ongoing as part of the court appointed receivership. If they had, they would have bothered to tell you, that during receivership investigations, no consumer redress will be administered to until the receiver can secure assets or funds, that will cover their costs first, then cover the costs of the fine, and only then, can 3rd party requests for compensation or refunds, be investigated. Here’s a document from PACER, which clearly shows the asset acquisition rulings of the receivers.

In the ORDER APPOINTING A RECEIVER AND IMPLEMENTING ANCILLARY RELIEF, page 18, we can clearly see that any claim for redress, refund, compensation, action for or against Trudeau, is stayed. That means, basically you have no chance of doing anything during the receiver’s investigations:

STAY OF ACTIONS
It is further ordered that:
(1) Except by leave of this Court, during the pendency of the Receivership ordered herein, Trudeau, all Trudeau Entities, all customers, principals, investors, creditors, stockholders, lessors, and other persons seeking to establish or enforce any claim, right or interest against or on behalf of Trudeau or any Trudeau Entity, and all others acting for or on behalf of Trudeau or the Trudeau Entities (including, without limitation, attorneys, trustees, agents, sheriffs, constables, marshals, and other officers and their deputies, and their respective attorneys, servants, agents and employees) are hereby stayed from:
(A) Commencing, prosecuting, continuing, entering, or enforcing any suit or proceeding, except that such actions may be filed (i) in the instant case, or (ii) to toll any applicable statute of limitations;

Coldwell, Wink and Abe, would have known this if they had bothered to read the court documents, instead of just spouting out their own hatred and version of events like morons.

Do your own due diligence. Abe’s already proved himself stupid, as have Wink and Coldwell with their claims. Wink thinks he’s above the law, while Coldwell continues to claim to cure everything, without a shred of evidence in any medical journal, anywhere.

It’s time the FTC investigated Coldwell and Wink for their part in the scam that was ongoing in GIN under Trudeau’s rule. Especially given that they knew of it for over a year, but were more than happy to pocket a lot of money and keep quiet about it.

Ironically, Peter Wink is now trying to befriend anyone who lost money on the Lazyman program. Ironic, because he was in charge of that promotion and told staff to withhold orders but not return money! (He later claimed that Trudeau told him to do this, hence my sniveling snitch post.

Here’s some advice: read the documents, get informed and know where you stand. Wink, Coldwell and Abe are not attorneys or even remotely associated with the law, apart from being very ill-advisors on it. You don’t throw gasoline on a fire to try and put it out – so don’t pay attention to scammers who are trying to befriend you in an effort to get into your mind and pockets, and who only give you their uneducated and uninformed opinions!

And this just in from Loony Lenny, who now deems himself a legal expert and has imaginary minions who agree with him:

First of all, this isn’t about GIN, this is about Trudeau and his entities, something you would do well to remember. Secondly, stop harping on about the Rico Act violations, you’re the only person who brings it up and it’s never been mentioned in the courts during Trudeau’s cases, ever!. Thirdly, no one but you believes that the Receiver, Robb Evans & Associates, is running a Ponzi Scheme. How absolutely absurd, unprofessional and pathetic of you to even say so! You’re just butt hurt because the receiver isn’t shutting GIN down. That’s not his job. His job is to recover funds and assets and leave the company afloat. Go cry somewhere else Lenny.

And last of all, it has taken more than a decade and Abe played a very very minor role in all of this. As usual, you don’t give credit where credit is due – which would be to the many bloggers, lawyers, judges, agents, staffers and members, who all had a role in bringing action for redress.

You would do well to remember that you were part of the scam, friends with KT for over 20 years and pocketed a lot of money while the scam was running, even though you yourself admit knowing about it! As a result, some of us have written to the receivers and asked for you and Peter Wink to be investigated, despite your deals with the FTC to be held unaccountable. After all, the money you pocketed, wasn’t rightly yours in the first place either!

Darn that pig is getting everywhere he smells bullshit, today!