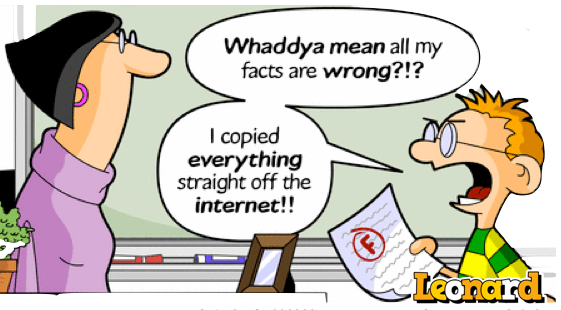 Leonard Coldwell sends out a mass email, including to those addresses he has been asked to refrain from sending to, claiming to be the GIN Council! I just received an email, claiming to be from the ‘GIN Council’. But it’s got Coldwell’s style and grammar, all over it! And he’s making claims that everyone has been fired. I can verify personally, that this is absolutely 100% bullshit!

I won’t bother posting the email here, but suffice to say he spouts some of the most stupidest comments, even for someone of his low IQ.

Here is the court order that Gin has to be closed down and all assets have to be given to the FTC.

…sigh…GIN does not have to be closed down and the FTC is not getting the assets. The assets are being looked at by a Receiver as I noted on the previous post.

Employees fired and that all Assets of Gin will be used to pay the 37 million dollar fine of Kevin Trudeau.

No one in GIN has been fired as far as we’re aware – I received two emails from the GIN offices today (sorry Leonard, but you’re not as smart as you think you are), so unless they were sent by a ghost…

*Since this article was written, the Receivers who have been appointed by the courts, have fired several key members of the GIN offices, but no-one was fired at the time of Lenny’s rants.

This next part is a real doozy, especially when you consider that the seminar went ahead as planned, even without Trudeau’s presence, and was a great success according to those in attendance.

The Gin Cult is now at the official end after Trudeau defrauded 180 people in Zurich Switzerland 2 weekends ago. Trudeau knew he will be in court at that date and still charged over 5000 dollars for a seminar in Zurich 180 losers went and lost it all because Trudeau did not show up and he know a long time before he will not be there.

I left the spellings as is, because Lenny doesn’t realise that he has a ‘fingerprint’ in his writing, something any skilled Linguist can see.

Trudeau didn’t know he would be in court on the date the Zurich seminar was actually set. It was set long before hand. According to those that attended, the conference was a great success! Lenny forgets, these meetings are not about Kevin Trudeau, they are about empowerment and learning to be successful! And they don’t need Kevin Trudeau there for that purpose! Here’s one guy’s take on the whole bullshit scenario surrounding Loony Lenny:

You might want to watch that in its entirety Lenny. No, really…Everyone else, you can skip the Dr.Leonard Coldwell video review, unless you want to laugh at Lenny making a fool of himself.

Only by you Lenny, only by you!

is a part of a criminal organisation as experts call it, and maybe held responsible for their criminal actions too.

As I noted before, GIN is not a criminal organisation. It’s a legitimately registered business. The experts Lenny refers to are just the voices in his head. And no GIN member is committing a ‘criminal action’

You couldn’t make this stuff up! Well, obviously that’s not true, because Lenny is doing a crack job of making stuff up! He’s been spouting the RICO law crap for quite some time, but there is absolutely zero mention of it being the case in any court document pertaining to Trudeau or any of his entities.

Furthermore, Lenny just wishes he actually understood most of what the court documents state! Pretty obvious he doesn’t and just spouts his butt from his mouth in order to feel good and give the world his unasked for and uneducated opinion.

He (Kevin Trudeau) is now facing life in jail and is done for good. Finally justice has come to Gin Town.

Kind of ironic when you think about it, because Lenny has been claiming that Trudeau is going to jail for about 10 months now. (see the images in the link). And every time, he was wrong about it too! If the Receivers can come up with the money to pay themselves, the attorneys and the fine, then Kevin avoids jail. At least for the Civil Case. The criminal case, which is deferred from its original August 26th date, could be a whole different ball game. But as it hasn’t gone to court yet, any speculation is merely chaff in the wind.

Lenny then goes on in his email, to post the entire court document, all 21 pages of it, in the body of the text of the email.

What does seem obvious is that Lenny still believes he’s the sole source of information coming out about GIN, but the only person he’s deluding, is himself. And the fact that he’s using the title Gin Council in his email header, shows that he is not exactly impartial to a bit of fraudulent trickery himself! Should really have gotten rid of the actual email link Lenny. gin-council@newbigjob.de huh?! Who knew? The Gin Council resides in Germany! Or is that just a coincidence? I’d have thought so until Peter Wink started using the .de in his recent bullshit emails too.

And who would of thought that the Gin Council would send an email to report on their own demise, in a 3rd person tense! Because yeah, that’s good for business!

I think this picture speaks volumes where Lenny the Loony Fake Doctor is concerned!