Come in Abe Husein – your 15 minutes of fame are up! 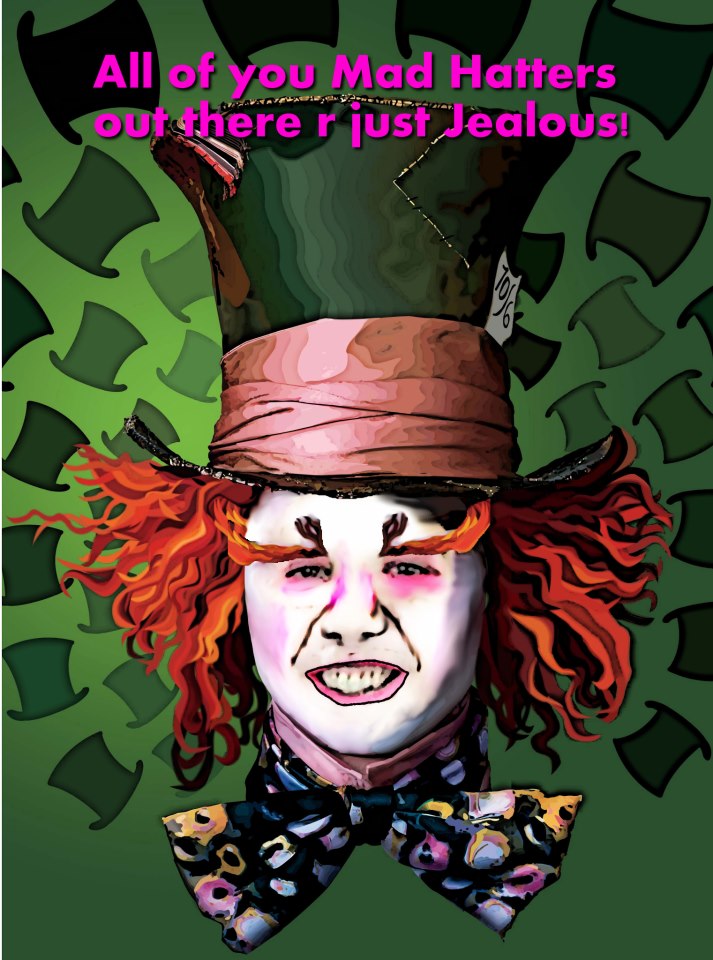 Once an integral part in the fight for justice against serial scammer Kevin Trudeau, Abe Husein was by no means, the first and won’t be the last. But despite this reality, Husein deems himself the one-and-only “Judge at GIN Destroyer” and anyone else would be nothing without him! Husein wants his 15 minutes of fame and you can’t have any!

Now at this point, I could go into a mini-lecture about how GINTruth.com had absolutely ZERO INPUT from Abe Husein, regarding design, contents, links, SEO, donations, setup fees, time spent tweaking it or anything else, but I won’t.

Sure, Abe has contributed several key pieces of information and was all too happy to see the site grow in the effort to show the fraud that was taking place right under everyone’s nose. But as the site grew – very quickly reaching high listings in Alexa without any paid advertising or intentional SEO other than back links, etc – the readers and content providers made it pretty obvious from their emails to me, that I should spend time helping to expose the other fraudulent elements within the GIN system, too.

I was/am only too happy to oblige.

Pretty soon I started mentioning the connections behind the ongoing activities of Trudeau, in the form of Wink and Coldwell.

The allegations that Coldwell (not his original name), was not a qualified doctor, which has since been acknowledged from his past on this site and various others see this post for example; to Peter Wink’s part in the Lazyman scam and more.

And the site won’t stop there. Coming in the future will be the exposé of other scammy scammers such as Fred Van Liew (spelling?), Marshall Sylver, Chris McGarahan, and of course, many others, some connected to GIN, some not. Such is the growth of the site.

Abe has pushed the buttons of anyone who has spoken out against him, disagreed with him, slandered his new-found friend Coldwell, or basically anyone who has not been in GIN but opted to voice their opinions/takings/findings, on it.

In the recent round of court shenanigans involving the legal battle between the FTC vs Kevin Trudeau, whereby he has been requested to hand over his passport(s) and any other means of being able to leave the USA. (Trudeau showed nothing but stupidity by then requesting permission to “visit Canada”!), Abe tried to make out like he was the first one with information on the latest court decisions, but didn’t take into account or give credit to, news stations like ABC who did this report and award winning reporter Ryan Kath, who released a statement on the events well beforehand.

This was my response to Abe on Facebook when he tried to make out he was the first source of information: Part of Abe’s rants against anyone who disagrees with his line of thinking, is his defence of false doctor, Leonard Coldwell. For those of you who are unaware of the ongoing saga – Abe had dollar signs dangled before his eyes by Coldwell and he thus aligned himself in business with him. Since that time however, Abe has become what some lovingly refer to as Coldwell’s pet”. Abe himself didn’t always like Herr Notadoktor: Others have responded to Abe accordingly, regarding his rant in the first picture above. Let’s just say, they’re rather colourful in their content but just and apt.

In the meantime, Abe continues to delete comments/discussion that doesn’t agree with him, slander people with name-calling like a 5 year-old, and truly believes he’s the sole source of the fight against Trudeau’s fraud investigation. He forgets that the likes of Cosmic Connie have been reporting long before Abe was even a part of GIN!

Of course, Abe could just be bitter about having bought his way to the 2%er level in GIN instead of doing the footwork. After all, his original problem was with the money that he spent. (He claims to have lost upwards of $26,000). Sadly, Abe has been hell-bent on defaming GIN itself as part of the process and labels himself Judge at GIN Destroyer on his Facebook page. (You might not be able to see it. Abe was recently suspended – again – from Facebook, for spamming people with his rants).

When Abe gets suspended, he uses alias accounts – Angel Sharp is just one – to basically talk to himself in 3rd person tense and give himself support. This ladies and gentlemen is the sign of someone who does not have a stable mind and will go to great lengths to be heard. In reality, his voice is nothing more than a whimper in the dark, and the truth is – no one is listening and what is heard, would only be heard with websites like this one.

In the meantime, I would suggest to Abe that you keep flipping burgers – it’s what you’re good at. You’ve had your 15 minutes of news time on TV, and despite you telling the producers at the news stations, not to contact me about this website, I’d like to say thank you – your ignorance resulted in several emails from them 🙂 .

As for anyone else who falsely believes that Abe and Herr Notadoktor are the only source of court documents referring to Trudeau’s ongoing case, you can get them for a small fee per page (10 cents) or a maximum of $3 per document, from the PACER website.